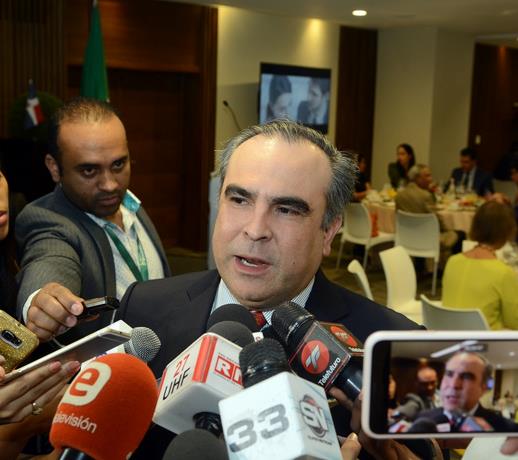 Celso Juan Marranzini, president of the Association and Industries, had a positive assessment of the handling that President Luis Abinader has had of the crisis caused by the Covid-19 pandemic.

Santo Domingo, DR
The Association of Industries (AIRD) valued the speech of President Luis Abinader on the occasion of his second year in office, especially about the economic recovery and the handling of the pandemic crisis, and expressed that the confidence of the economic actors has been vital, as well as the contributions of the industry throughout the recovery process.

Celso Juan Marranzini, president of the AIRD, indicated that the institution also values positively the management of the crisis caused by the Covid-19 pandemic, aware that it was and is a great effort between the public and private ‘sectors in which the Dominican industry played a significant role in guaranteeing the supply of food and beverages, as well as sustaining employment.

“An economic recovery that is a model in Latin America, attention and follow-up to the health situation that contributed to accelerating that recovery and, as a key element, the joint work between the public and private sectors to implement measures that put people’s health at the forefront, but also took care of employment in the most diverse productive sectors of the nation,” said Marranzini.

In this joint work, he highlighted especially the coordination of the industrial sector with the Ministry of Industry, Commerce, and Mipymes (MICM), with which multiple processes are carried out, measures and projects are discussed “in a permanent dialogue that seeks solutions to the problems, and that strengthens the positive initiatives carried out,” said the AIRD in a document.

He expressed that confidence has been a fundamental element and that the industrial sector contributes to economic growth, as it did during the pandemic.

“We are also confident that we will continue to work together to overcome limitations, implement policies that boost exports, formal employment, the circular economy, thus contributing to the economic-social development of the nation,” Marranzini concluded.

Castellanos wondered how it is that two years into the Government that 300,000 meters will be purchased when they arrive, which he attributes to negligence because now it is necessary to make this emergency purchase.

“It would give the impression, that the institutional roadmap described above, looks extremely difficult to complete in 45 days, so that the plants of the emergency tender are injecting 400 Mw to the national interconnected electric system,” Castellanos added.

Economist speaks.
The dean of the Faculty of Economics of the UASD, Antonio Ciriaco Cruz, highlights the weight of inflation in the economy, for which he believes that Abinader’s two-year administration must be seen “in the external context.” He recalled that there were two external shocks: Covid-19 and the Russian war in Ukraine, which on both sides affected public finances.