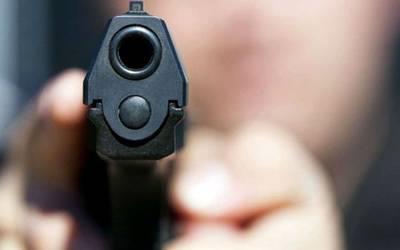 The incidents were recorded in the National District, El Seibo and La Altagracia. ( EXTERNAL SOURCE )

At least five people died this week in violent events in the National District, El Seibo, and La Altagracia.

Four of the five cases registered by the press since last Monday were for quarrels or arguments, and one was an assault, according to the police.

The most recent case was the communicator Manuel Duncan’s shooting death early Friday morning in a fast food establishment in the Mirador Norte sector, National District.

Preliminarily it was established that Duncan had engaged in an argument with another man, until that moment unidentified, who shot him in the parking lot of the place located at the intersection of Rómulo Betancourt and Núñez de Cáceres avenues in the sector above.

Then, at night, the former president of the National Drug Control Directorate, Félix Alburquerque Comprés, was identified as the killer.

The former official turned himself into the authorities, confirmed to Diario Libre, the prosecutor of the National District, Rosalba Ramos, who also said there was an arrest warrant against him.

In another incident, this Friday, a man stabbed to death his co-worker after an alleged argument over a meal while they were in the accommodation area at a hotel in Bavaro in the province of La Altagracia. Both worked on site.

This is Wirlmi Alexander Jiménez Brito, 32, who died receiving medical attention at the Punta Cana Medical Center. The perpetrator was identified by the National Police as Ismael Aníbal Peña Cospuen.

According to forensic doctor Polanco Guzman, the victim died from a stab wound after hypovolemic shock (blood loss).

The incident occurred at approximately 01:40 in the morning when they were drinking alcoholic beverages in the hotel cafeteria, where both worked.

In another case, a teenager killed a man on Thursday afternoon by attacking him with a rod while allegedly arguing over a cap. The incident took place in the province of El Seibo.

The victim was identified as Wilkin Vale, a Haitian national, who died of blunt trauma in the left sphenoid region caused by a minor, also of Haitian nationality, while they were arguing in the washing area of a car wash in that city.

Last Monday, a person was killed, with a knife, during a fight in a grocery store in Verón, Punta Cana, La Altagracia province.

According to the information note of the National Police, the deceased was identified as Luis Yohansel Minyeti Santana, who was stabbed in the hemothorax, and pneumothorax, according to a diagnosis of a medical center in Verón.

The police report establishes that the deceased and the alleged murderer quarreled because, allegedly, the deceased had left without paying the amount of 18 beers he had consumed in a grocery store located on the main street of Verón, Punta Cana.

The report says that after consuming the drinks, the deceased left without paying, leaving as a guarantee the cell phone of his wife, but then returned claiming the mobile, and that was when a quarrel originated.

On August 16, the young Dabel de Jesús Zapata Rosa, son of the deputy for Dajabón of the ruling Modern Revolutionary Party (PRM), Darío Zapata, was killed during a robbery.

The incident occurred early Tuesday morning at a fast food business (picalonga), located on the boulevard of kilometer 8 1/2 of Independencia Avenue.

The National Police reported on Friday the arrest of Julio César Ibert Jiménez (a) Kendri, 29, as one of the defendants in the death of Dabel de Jesús Zapata Rosa, 33; they also identified three other people in fact, which was established as an assault in which they stole the cell phone of at least one other person.

According to statistics from the Citizen Security Observatory of the Ministry of the Interior and Police, deaths considered “due to coexistence” or quarrels represented 57.2% of the total homicides in the Dominican Republic in the period January – March 2022.

Deaths due to cohabitation are those that occur in quarrels that are registered between citizens, due to quarrels or previous conflicts that have two or more people, and due to domestic violence.

The report details that between January and March 2022, 297 deaths due to homicides were registered in the country, of which 170 (57.2%) were due to coexistence, 82 due to crime, and 45 due to unknown matters.