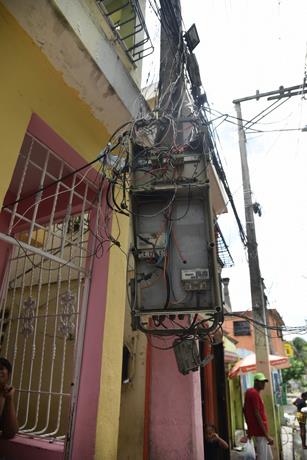 Santo Domingo, DR.
Los Tres Brazos is a sector belonging to Santo Domingo East’s municipality. Its residents complain about the lack of water, problems with electrical service, and streets that are constantly flooded.

Water, a precious and needed good, has become a torment for its inhabitants. They went from having it available twice a week, Tuesdays and Saturdays, to have to pay 900 pesos for a truck.

“The water doesn’t arrive here anymore; we are buying 900 peso water trucks on Francisco Caamaño street; it doesn’t arrive either, and that’s why I asked my mother for one right now; it arrives right now, at about two o’clock in the afternoon”, said Josefina Martínez.

Several people consulted say they believe there is a “plot” between the truck owners and the authorities of the Santo Domingo Aqueduct and Sewer Corporation (CAASD) to benefit the former by purchasing their products. “There is talk around here between the CAASD and the water trucks they are giving each other under the table,” commented Adolfina Contreras. Specifically, on Cantares street, in the crowded sector, the roads have been flooded since the rains began, causing havoc to those who carry out economic activities in the area.

But the main affected are the children and adolescents who study at the Francisco Tamayo elementary school. Audiovisuals provided by the residents of the also called “Barrio de Los Monos” show how their streets are washed away by the force of the rains, while the children try to move along the sidewalk full of water and others are carried by their parents or guardians as they leave their school.

This should not be. Government should provide relief

0
Reply
there
Reply to  Paul Tierney

this government / and the REAL President of the RD…. a.k.a the Ministry of Tourist …. does not care about the normal person only the Mathematics who can pay 5,000 (or more) for a room…just drive to Puerto Plata when a ship dock… its like a wild herd of mindniess zobimes paying 300 for a coco and they are happy to pay… and domicians are a joke

LOL….. meanwhile the Government is hoping for more flights to the north coast………sad…sorry…my friends our Government keeps failing you…offering free education for when you can only SERVE drinks to………………..