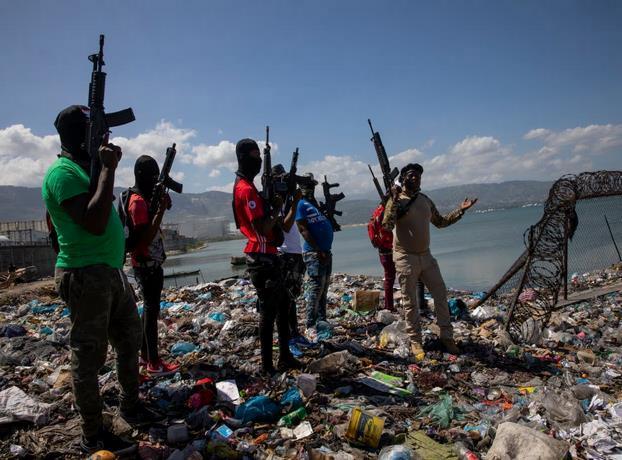 Santo Domingo, DR
It is a great danger that stalks us. And a complex equation of truths, lies, and false assumptions.

1. In 1960, the Dominican Republic and Haiti had very similar per capita incomes. However, in 2021 we will exceed it by 600%, driving the emigration of more than one million Haitians to our country.

2. We hate Haiti because of racism and illegal immigration, and they hate us because they believe the entire island belongs to them.

Our trade balance with Haiti is incredibly positive (US$925 million), but our migratory balance is negative. As a result, people with some education leave us, while we receive people with little or no education.

4. Many Haitians also come with visas who are middle and upper class and have the resources to settle in the country.

5. Some sectors of the economy would go bankrupt without Haitian labor. 120,000 in construction, 210,000 in agriculture, and more than 350,000 in services, from tourism, commerce, street sales, security, gardening, domestic services to municipalities for cleaning. If Dominicans would do these jobs, we would not have unemployment.

6. The price of Haitian labor lowers costs in the sectors where they are most abundant. By using Dominican labor, everything would go up in price. And in the case of agriculture, we would have to stop planting.

7. The Dominican Republic is the second country after the United States from which Haitians send the most significant amount of remittances. Some US$500 million annually.

8. The cost of health and education for Haitians living in the country represents some RD$10 billion annually.

9. The problem of this immigration, mostly illegal, is that the crisis in Haiti has exacerbated it, and we no longer have spaces to provide work, increasing crime and homicides.

10. This leads to an increase in xenophobia and the fear that the violence of our neighbors will be transferred to the Dominican Republic.

11. Haiti is a time bomb. It is on the way to a great popular revolt and the collapse of its already poor economy, which will further boost the illegal entry of Haitians.

12. That makes the border wall a high priority.

13. The only solution to the Haitian crisis is to send a UN peacekeeping force once again to pacify the country and put it on the path to a new institutional framework.

Is this an Opinion of DominicanToday?

I hate to say it, but it’s more facts than opinion

Not opinion but current situation

Haitians are proud to be Africans, perhaps they should go back to the mother land and start from the beginning. Or maybe France should take all of them and relocate them. It’s all France fault anyway. Their historical mistake change the course of the Dominican Republic and left of with the never ending Haitian crisis.

Dominican are proud Africans too! This is not a solution. Just further confirms the race narrative. Indeed offer solutions not same stale arguments. DR can’t do ANYTHING about this, the INTERNATIONAL community
I.E France, The US need to address the crisis they helped create!

Who wrote this news article? Looks like a eight grader wrote this lol

There’s always a solution to almost everything on this planet. Like I been saying before, these people can’t govern themselves and won’t progress at all. Nothing good is coming of Haiti. They want to leave asap, and always to an “white country “ , or any where except Haiti. The Great Powers should take them (Haitians)all on the Haiti side , and the Dominican Republic should keep the ones on their side of island . And once again and forever the island will be one Country, DOMINICAN REPUBLIC!!!!

Amen to that, its a matter of time until the world powers start to take in haitians for the forced labour of their countries and DR take over the land it was ours in 1600s , tabarre, hinche, juana mendez( quanaminthe) all those historicall spanish cities that belonged to SANTO DOMINGO

“white country”?? LOL I hope you aren’t including the DR in your statement. The DR is as white as my morning coffee…sometimes with milk and sometimes black. That said.. I have to agree it’s time for the international community to send a peacekeeping force.

You are absolutely correct in regard for the need of a U.N. Peacekeeping force. A Haitian friend recently got badly beaten by thugs. Another friend’s brother was kidnapped. And yet another friend’s brother who fled to Dominican Republic in search of work , was murdered in Santo Domingo. Where is the leadership by Canada , USA and France at the United Nations to do something about this ?

MOST HAITIANS (NOT ALL) TO THE GRAND MOTHERLAND WITH THE FATHER AFRICA, EL CHRISTO NEGRO! THEN WE SHALL SEE WHAT HAPPENS TO THIS CORRUPT DOMINCAN SIDE!