Haitianization is supported by low wages in the Dominican Republic 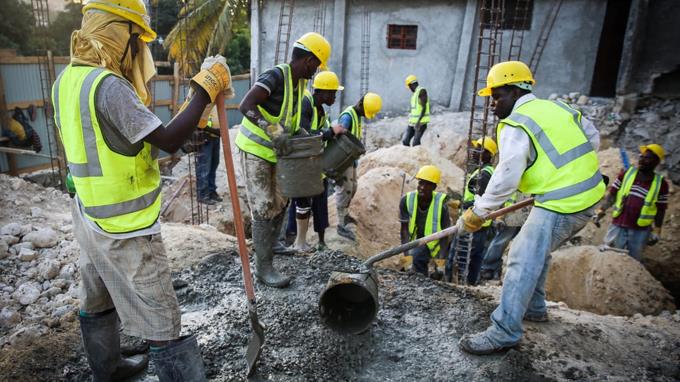 Santo Domingo, DR.
The proposal of business leader Pedro Brache for the employer sector to voluntarily make a salary adjustment considering the inflation levels that the country has suffered in the last year is one of the most sensible and fair suggestions of recent times.

Brache is the president of the National Council of Private Enterprise, CONEP, and of the owners of Pasteurizadora Rica, one of the most popular companies in the country, which is also known for treating its workers well and caring about their growth levels based on the smiling philosophy of Dr. Julio Brache, the founder.

Mr. Pedro Brache’s proposal is not idle. During the COVID-19 pandemic, companies lost money, and many of their personnel emigrated to find the streets in crisis. However, companies in the pharmaceutical industrial sector, pharmacies, and related businesses grew enormously. And the industries have already recovered.

Pharmacies have grown so much that they had to increase their staff. Only the supermarkets, which increased their business like mushrooms, could compare the growth of their capital with the pharmaceutical sector.

What Mr. Brache is asking for is common sense. Wages have not been increased by the decision of the Ministry of Labor because that institution and its entelechy, the Wages Committee, have never kept pace with the country’s development, nor have they defended the interest of the workers.

It was believed that by appointing a son of Hatuey Decamps to the post, a leader of the original Partido Revolucionario Dominicano, PRD, who always championed the issues of distributive social justice, the issues close to the workers would be relaunched.

It is now apparent that the business sector intuits that with wages as low as those prevailing in the Dominican Republic, companies not only lose talent but contribute to social injustice, contradicting the pastoral teachings they are believed to profess.

The Haitianization that the Dominican Republic is experiencing is based on the pillar of low salaries that have made the specialized construction workers abandon their jobs to be occupied by Haitian countrymen, who leave the fields without any preparation to build towers.

It could be said that Haitian construction labor has damaged the architectural profile of the capital and Santiago; they have imposed, as I have said before, a mazacote plaster even in the new buildings of the UASD built during the Leonel regime.

It would also be said that low salaries damage everything. The advantage that can be derived from them is that the DR has seen the growth after the pandemic of a swarm of small businesses called MSMEs and home delivery services which offer better wages although they affect traffic.

One journalist commented among friends that while looking for an apartment to buy, he found Haitians, some educated, speaking French, Creole, English, and Spanish, in the concierge areas and others less fortunate as cleaners, remnants of the constructions.

Finally, he continued, when he got the apartment he liked the most, he found that out of four domestic service employees, three were Haitians, one of them a recent arrival because his Spanish is quite broken. Thus, the country continues to fill up with Haitians because of low wages.

Residents in condominiums in the affluent areas of Santo Domingo and Santiago compete to see which pays the lowest wages. Haitians do not go to the Ministry of Labor to complain and are the closest thing to docile people who could work dead hours.

That the large supermarkets in the country that have grown like mushrooms in recent years do not pay wages to their packers but leave that function to the customers, is a contradiction to the constitutional text and the biblical message that preaches that work should be remunerated.

The same supermarket leader who some time ago responded to the journalistic question about the lack of salaries to the packers with: “we do not call them” has been in collusion with the last governments to diversify their business with the construction of neighborhoods of the official sector.

In this way, they have created large conglomerates that, if they were in the United States, would motivate Uncle Sam to inquire about their excessive profits and tax failures. President Biden of the United States has demanded that wages be improved and that companies and the rich pay more taxes.

The workers are living very badly now, not because of the Abinader regime but because of the previous ones and those who have opened the doors to immigrants. It cannot be expected that in two years, a government can change the panorama of many years as when the CEA “acquired” braceros in Haiti.

I remember that the workers who worked under the direction of my father, Ceferino Rosa, had their houses. They built them with Dad’s help and a “treat” from the other workers. The husband of Juaniquita, my father’s cousin, a shoeshine boy who wore a coat and tie in Colón Park, had his own house.

Dad bought more than 70 years ago in Maria Auxiliadora two lots totaling almost 800 meters where the old family house was built and is still standing. The workers were so well off that they didn’t sell the Colón cement casings. I gathered them and sold them in Villa Consuelo. My first income.

In my childhood, I remember only three Haitians in that neighborhood. One was the French teacher at La Normal, Alfred Viau Renaud, father of the Haitian intellectual and martyr of the April revolution, Jaques Viau; Father Serge Lamothe, the first Haitian Salesian, and Marcelino, the faithful servant of the parish.

Few people remember the workers; they are not mentioned in the Sermon of the Seven Words on Good Friday that deals with political issues and attacking governments because that generates publicity and popularity for the sermonizers. Workers do not fit in the Cabinet.

The concept of Haitianization supported by low wages is true. Haitians will work for small pay. However, the people on the streets know an element of Haitianization is Dominicans do not want to work alongside Haitians doing hard labor for the same pay, to many it is humiliating. Increased wages will not draw the Dominicans to return to the jobs where the Haitians now task. It means the Haitians may get paid more and the Dominicans will continue to stay away.
“Haitian construction labor has damaged the architectural profile” is a real stretch of the imagination. The architectural profile is the design of the developers, not the Haitian laborers.The laborers do as they are told by those in charge. The profile is supposed to be approved or denied by government.

The cure is for the government to enforce a law that is on the books, a law that has been mocked. It is the 80 – 20 law, 80% of worksite employees have to be Dominican and the remaining 20% can be foreign. Obedience to the law has been nonconforming or bastardized by waivers.