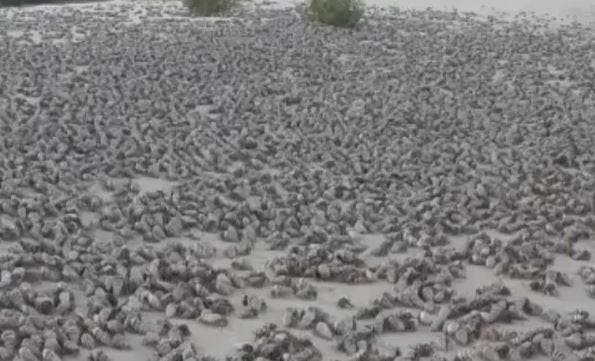 The Ministry of Environment reported that thousands of Hermit Crabs “due to reproduction requirements” moved to the sea to gather, forming a great migration.

This was announced through their social networks, where they described the event as “a true spectacle of nature.”

These individuals of the Paguroidea group have in common the use of snail shells to cover their abdomen, which is softer than that of other crabs,” they explained.

Each female then carries thousands of fertilized eggs under her abdomen, and they undertake a long-distance journey to the shore to spawn.

This phenomenon only confirms the need for the existence of protected areas and, in this case, the marine coastal zone, because if we take care of them, the quality of life of the species that live there improves,” they emphasized.

He emphasized that ” we take care and respect the spawning cycle of this species.”