10,000 pesos will be the minimum for domestic workers 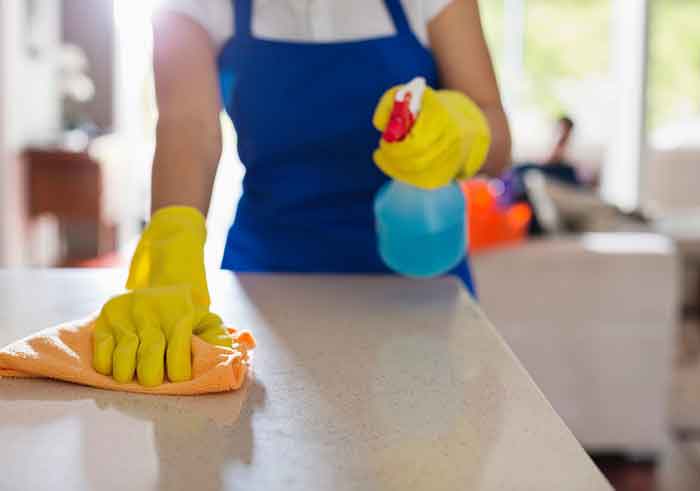 Meanwhile, according to article 217 of the Labor Code, female employees earning above that amount cannot have their salary reduced.

The salary will be paid preferably in cash, on the dates agreed between the employer and the employee, but never for periods longer than one month.

Read more: Government provides for the formalization of domestic work

Guide to Domestic WorkDownload
About the resolution
To protect all persons performing domestic work and by Convention 189 of the International Labor Organization (ILO) and Law 87-01, the Government established the mechanisms for formalizing workers in this sector.

The announcement was headed by the President of the Republic, Luis Abinader, and the Minister of Labor, Luis Miguel De Camps García, in the framework of the work plan that the President is carrying out in the province of Duarte.

During this activity, the Minister of Labor expressed that “by express instructions of President Luis Abinader, we assume the commitment to make these resolutions a reality and with them achieve the recognition of the deserved and just rights of Dominican domestic workers.”

“It is a great achievement for this historically forgotten sector, since until now it was unprotected in the Social Security System and without access to survivor’s pension and occupational risk insurance,” highlighted De Camps.

Advantages for employers are highlighted.
According to the declarations of the Minister of Labor, Luis Miguel De Camps García, these resolutions also represent protection for domestic employers, who will not have to assume, as has been the custom until now, the medical expenses of their employees and those derived from labor accidents.

He also pointed out that work is being done on a simplified and online system that will allow an easy and fast registration of workers by employers, including an automatic payment module to alleviate the administrative and management burden.

I think that these (some words eliminated) legislators don’t care or care to realize that it will take a lot more money than this to sustain someone. This is not humane compensation. Forget about the common term ‘livable wage.’ This is not even a SURVIVABLE wage! Domestic workers should unite and strike.