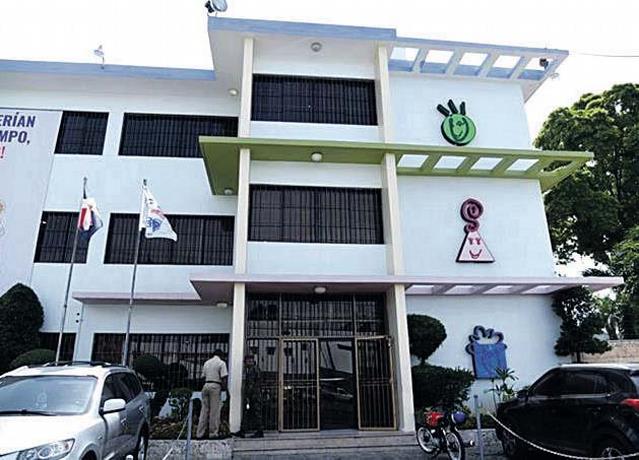 The girl who fell from the roof of the Conani shelter has severe head trauma, reported the director of the Hugo Mendoza pediatric hospital.

Santo Domingo, DR
The death of a child of only one year and nine months after drowning in a bucket and the still unclarified incident in which a girl fell from the fourth floor of a Hogar de Paso have shaken Dominican society and put the spotlight on state programs and projects whose purpose is to guarantee the protection, care, and education of children and adolescents.

In the most recent case, the failures, currently under investigation, cost the life of Maikel Esmil Castro Álvarez, whom relatives and friends said goodbye to last Saturday.

The infant’s parents, Kaileny Alvarez and Manuel Castro told the press that they believe that it was due to negligence at the Caipi Pueblo Nuevo, located in San Francisco de Macoris.

Although this is the first time that the Inaipi has recorded an event of this magnitude since its foundation in 2015, it is preceded by a series of complaints posted on Portal 311, a government tool to “channel complaints and suggestions from citizens to public institutions or agencies.”

According to these reports, in 2021, the institute received almost a dozen complaints that were increasing quarterly and were resolved according to the same documentation.

Regarding the consequences of this loss, in the course of Sunday, Maikel’s parents received a visit from the executive director of Inaipi, Besaida Manola Santana de Baez, who assured them that responsibilities would be established in the tragedy.

Santana de Baez assured that Inaipi is lending all its collaboration to the authorities in charge of the case. As soon as the investigations being carried out by the Public Prosecutor’s Office and the National Police are concluded, “Inaipi will ensure that the sanctions that correspond to cases like this are applied.”

Contrary to the aforementioned entity, which involves the National Council for Children and Adolescents and is not an isolated scandal, the institution has attracted the attention of the press on multiple occasions due to issues of alleged sexual abuse, mistreatment, and neglect in their foster homes.

Regarding the recent case, that of the girl hospitalized after falling from a fourth floor, it is still shrouded in secrecy that has prevented her to know her health condition despite the efforts of this media to contact representatives of Conani.

The council, which has been acephalous since its last executive president, Ana Morun, resigned in July of this year, was also questioned over reports of alleged sexual abuse at an orphanage in Monte Plata and the escape of one of the minors in its care.

In the current administration, it has been one of the entities with more changes in its top management.