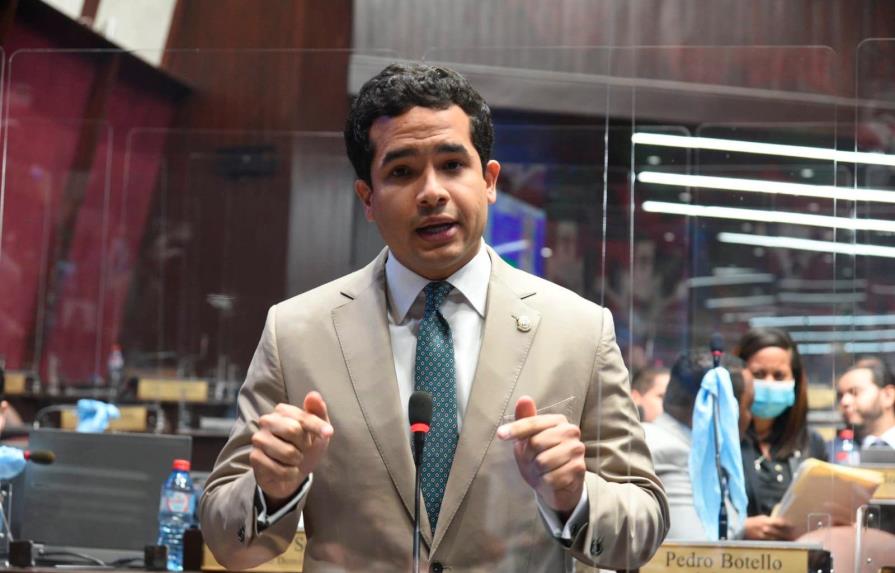 The deputy of the People's Force Omar Fernández. ( EXTERNAL SOURCE ) The deputy of the People’s Force, Omar Fernandez, hopes that this legislature will approve his proposal to reform the Law of Animal Protection and Responsible Ownership 248-12, in which he raises the penalties for mistreatment, negligence, and cruelty.

Fernandez pointed out that he is modifying the legislature because he considers it “insufficient” and taking into consideration that “never” a regulation was developed for its correct application, in addition to other weaknesses he pointed out, such as penalties.

“There is a low awareness and criteria of how the care of animals should be in our country,” lamented the deputy, who informed that two legislatures ago, he submitted the modification project, but it expired, so he will reintroduce it next week.

Omar Fernandez submitted reform that would penalize animal mistreatment with up to 3 years in prison.
The deputy for the National District informed that with the modification, animal cruelty and mistreatment would be punished with up to three years in prison and up to 50 minimum wages. In addition, the creation of a specialized animal protection attorney.

Another proposal is the construction of at least one center, under the responsibility of the central government, for vaccination and sterilization in the 31 provinces of the country and the National District to avoid the “irresponsible reproduction of stray animals and so that they do not transmit diseases.”

“I am also proposing a redistribution of the proceeds from fines and taxes on animal abusers,” said Fernandez, who explained that the new bill’s introduction also contemplates incentives for pet-friendly businesses.

“I hope that in this legislature it can be known quickly with the commission that is responsible for it and that it can count on the support of the other colleagues because it seems to me that it would be a very necessary adjustment to a law at this time, especially so that there is a real sanction and so that we Dominicans have more criteria on how to treat animals,” he said.

As to why the modification project perished, Omar Fernandez pointed out that it was a matter of priorities. “It seems to me that, unfortunately, this reform of the law is not a priority at this time nor does it have the necessary political will, perhaps, to be approved. That is to say, it is not that I doubt that the other deputies would approve a piece like this. But perhaps, the projects that come with political will emanating from the Executive or other projects, perhaps have been luckier than this one,” he said.