The Metro operates with frequent technical failures and lack of control 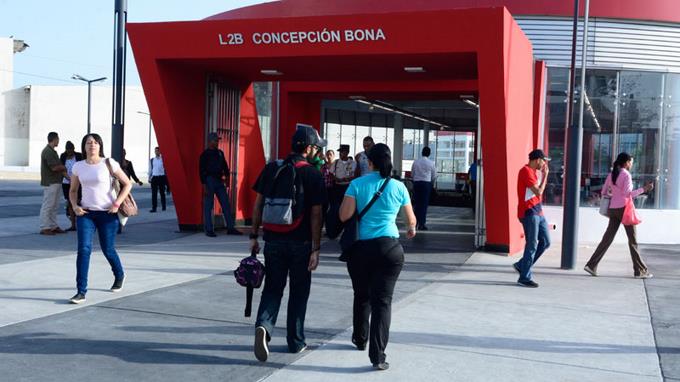 The Santo Domingo Metro is presenting constant breakdowns and passengers express the difficulties that they cause.

Santo Domingo, DR
Technical difficulties, delays in the units, and even smoke inside the cars are some of the latest problems that have interfered with the regular service of the Santo Domingo Metro and which have become more and more frequent so far this year.

The most recent of these events occurred last Thursday, September 1, due to a breakdown that caused the suspension of service at the Concepción Bona stop, located on Carretera Mella in Santo Domingo East (SDE).

The long lines, which sooner rather than later turned into groups of people crowded in front of the station’s doors and other stations of lines 1 and 2 requesting access, announced the problem.

In this regard, the Metro Office issued a communiqué explaining the breakdown in the Concepción Bona signaling system. By 8:20 a.m., operations were re-established after more than 20 minutes of interruption.

Two failures in one month

Other difficulties occurred in April and May; in the latter, the inconveniences affected the movement in the Eduardo Brito terminal, also located in SDE.

In the same month, only a few days apart, dozens of users had to be evacuated due to smoke that enveloped the cars which housed dozens of passengers bound for the Centro de los Héroes station, in the sector of the same name in the National District.

The mass transportation unit did not manage to reach its destination. Four stations later, the Specialized Body for Metro Security (Cesmet) and employees from other areas inspected it four stations later.

The presence of smoke in the interior also triggered the alarms and distrust of those who, last April 25, had to choose between boarding or not Metro units which, according to the complaints virilized in social networks, moved along line two with a burning smell.

The Santo Domingo metro, which has been in operation for more than a decade, has not only dealt with the recent sporadic failures but also has several years with its elevators paralyzed and in frank neglect.

In this regard, they issued a statement in which they pointed out that the problems with the vertical transportation system of the Santo Domingo Metro and Cable Car, consisting of elevators and escalators, “will be history”; more than a month has passed since this announcement.

Construction of the Santo Domingo Metro began in 2005 under the direction of engineer Diandino Peña.

It was put into operation with the first official tour on February 27, 2008, in the presence of Dominican authorities and with the advice and supervision of technicians from Metro de Madrid during the presidency of Dr. Leonel Fernández.

Line 1 of the Santo Domingo Metro, in the North-South direction, consists of 16 stations and has a length of 14.5 kilometers from Villa Mella to Centro de los Héroes. This Line 1 allows, to a great extent, to decongest the North-South Corridor of Santo Domingo, which was one of the most congested in the capital.

What a nightmare! And this is a brand new system.

Periodic maintenance is the clue to reduce and/or prevent failures from happening. The maintenance contracted for the rolling stock has to be done. The incidentals for the systems such as maintenance of facilities is the typical norm, fix it when it breaks, or don’t fix it at all.