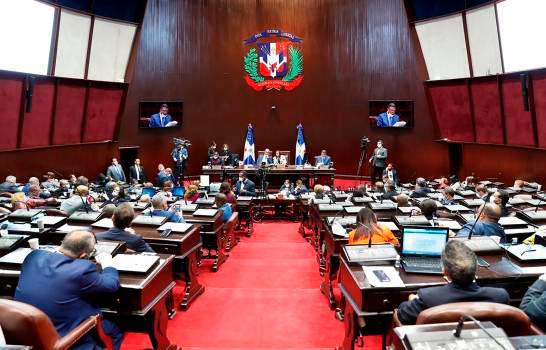 The piece was approved unanimously since it received the favorable of the 131 deputies. ( FREE DIARY / ARCHIVE )

A bill that seeks to guarantee the teaching of English as a second language in the public schools of the Dominican Republic was approved as a matter of urgency in two consecutive sessions this Wednesday in the Chamber of Deputies.

One of the recitals of the bill states that: “The Constitution of the Dominican Republic establishes the right to an integral, quality, permanent education, with equal conditions and opportunities for all persons with no other limitations than those derived from their aptitudes, vocation and aspirations.”

At the request of several deputies, the bill was declared of urgency to be heard in two consecutive sessions.

They unanimously approved the bill by the 131 deputies at the session and passed it to the Senate of the Republic.

The initiative declares that the learning and teaching of the English language in the educational system is a public interest.

According to the bill, the Ministry of Education (Minerd) would be the competent body to design and implement a national teacher training strategy to teach English to students in extended day and polytechnic public schools.

The funds for implementing the law would be allocated to the Ministry of Education in the General State Budget law.

“That the English language has become an important factor, when it comes to achieving labor and personal success, since in most companies they require a certain level of writing, speaking, understanding and reading English for the management of national and international relations,” is what the piece establishes in the seventh recital.

A total of 18 deputies expressed their support for the bill and the importance of young people in learning English.

Deputy Servía Iris Familia indicated that English has been taught in the Dominican Republic for 60 years but that due to the deficiencies, students do not speak it fluently when they leave high school.

Congresswoman Ydenia Doñe emphasized that learning English is a necessity in the country.

Congressman Juan Julio Campos said that English is the most spoken language in the world and that the Dominican Republic must join globalization by learning it.

Hamlet Amado Melo highlighted the importance of the project because he understood that learning English would contribute to the labor and social development of the people.

This is great for the students. It will help them and is good for the growth of the economy and country as a whole. Speaking and reading English provides more opportunities for education and work.

True in some cases, but call centers are definitely better pay than driving a motoconcho or no salary at all. English is the international language of business and while change won’t happen overnight, being in a call center (or being able to work in the tourist areas speaking English) can open a young person’s eyes to seeing themselves with a different life through hard work and applying themselves.

Look at Costa Rica – they put a focus on English education back in the late 1990’s. Within a decade they reached a critical mass of bilingual young people that the call centers came in. Then came the higher value-adds, like Intel building their big R&D & manufacturing facility there employing local Costa Ricans. Now, the young people study not only English, but Engineering, Math, and Physics.  It’s a process but one which I hope we’ll see followed in the DR.

This is great, but english and french are already taught in public schools. Not sure how this is different.

We don’t even speak spanish correctly…how are we going to learn anything else ?!…Over 80% is illiterate or semiliterate…Incredible…!!!