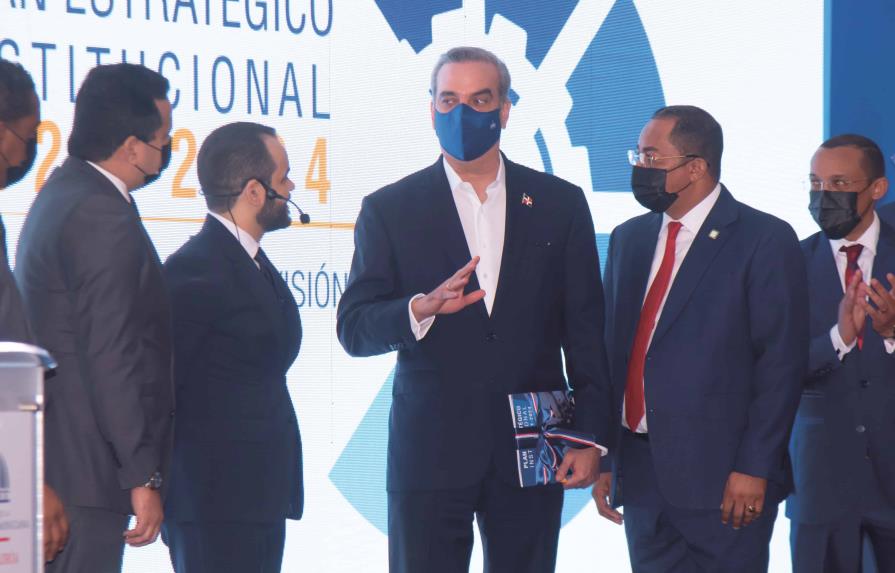 President Abinader received the strategic plan from the Comptroller in December 2021. ( EDDY VITTINY )

President Luis Abinader created the Commission for the Compliance of Sworn Statements of Assets of Public Officials and Civil Servants to ensure that the Central Government officials comply with the obligation to submit sworn statements of assets.

The head of the General Directorate of Ethics and Government Integrity, Milagros Ortiz Bosch, is the commission’s director, which also includes the Minister of Public Administration, the Minister of Foreign Affairs, the Comptroller General of the Republic, and the Legal Advisor of the Executive Branch.

This commission may recommend to the President of the Republic the application of the sanctions provided by law against those officials who violate the obligation to file sworn declarations of assets.

The provision was established in Decree 343-July 22, July 6, 2022, which also ordered the Office of the Comptroller General of the Republic not to authorize the inclusion in the public payroll of officials of the Executive Branch who have not complied with the requirement established in Law 311-14.

The referred norm obliges officials to present a list of their patrimony and the marital community upon entering and leaving their functions.

“The public servants obliged to declare have to present, within thirty days after taking office, the sworn declaration of the assets that constitute their patrimony and that of the conjugal community,” Law 311-14 mandates.

The public servant must do the same when he/she is reelected for a new term and when they have ceased their functions within a period of 30 days.

Public servants who do not present their assets’ declaration incur serious third-degree misconduct, punishable by dismissal from office according to law number 41-08 of Public Function.

The same must be done by members of boards of directors of autonomous State bodies and provincial governors.

RELATED
Likewise, the heads of the specialized security and intelligence bodies of the State, the departmental and regional managers, and other officers in positions of operational command or administration.

The same for the National Social Security Council members, the National Treasurer, the rector and vice-rectors of the Autonomous University of Santo Domingo (UASD), and the members of the Monetary Board.

This regulation creates lots of barking, no biting. Have yet to know of any government official being sanctioned in any adminstration.