Labor discrimination against the elderly in violation of the law 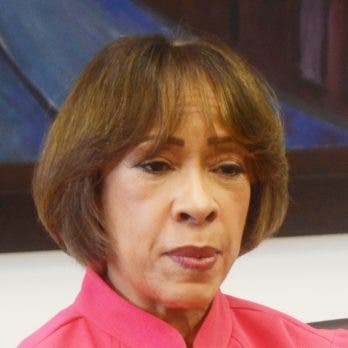 Of the diversity of discriminations suffered by the elderly in the country, one of the most common, and which even threatens their economic survival, is the denial of a job because they are over 60 years of age, said geriatrician Rosy Pereyra Ariza, who regretted that this attitude, which violates the Labor Code, is not sanctioned.

The specialist, who is one of the mentors of Law 352-98 on the Protection of the Aging Person, questioned that this situation had been normalized to such levels that, when companies request personnel, they emphasize that they must be under 35 years of age.

“There is a lot of age discrimination, and that is prohibited in the Labor Code, which states that a person over 60 years old cannot be prevented from obtaining a job if he/she is qualified, if he/she is prepared, if he/she has no physical or mental impediment”, he referred.

“In the newspapers, they put job offers for people under 35, which is against the law; nobody sanctions that. You go to a developed country and do that to an older adult, physically and mentally skilled, and they sue.

“Until lawsuits are not filed here, they will continue with discrimination,” he said.

Pereyra Ariza emphasized that it is impossible to deny the opportunity to older adults who are trained and handle information and communication technologies like any young person.

“It can be said that the younger ones should be given a chance, and that is true, but neither should the older ones be rejected.”

In making these remarks, he expressed that this attitude against this segment of the population is due to a culture rooted in Dominican society, which rejects the elderly because it is considered that they are not useful and that they have no value.

Discrimination at another level
Pereyra Ariza explained that the elderly in the Dominican Republic are exposed to dangers from the urban point of view.

In this sense, she said that the cities, mainly Greater Santo Domingo, are hostile to this population because of the difficulties in mobility, especially on the sidewalks.

The specialist regretted that the mayor’s offices do not develop projects that tend to put public spaces in this population’s service.

Benefits with a lag
The country’s aging population has been a victim of the indifference and negligence of the State, which has not only taken measures that benefit them late but has also applied them with delay.

“In a study conducted in 1998, 23 years ago, on the needs of the elderly, they expressed that they needed three things: a minimum pension to survive, access to health care, and a roof over their heads.

“At that time, and with that data, we created and promoted Law 352-98 for the Protection of the Elderly, but it was not put into execution until 2006, because until then the regulations were not made.”

One of the articles of this law, explained by the geriatrician, establishes that in all housing projects carried out by the Dominican State, 5% must be aimed at the population over 65 years of age, “but this is not being complied with.”

Another delay in applying the law is the solidarity pensions, which began to be delivered in 2019 to the benefit of 1,176 elderly people.

In 2021 President Abinader provided for 3,000 solidarity pensions for the referred population segment through the National Council of the Aging Person (CONAPE).

Pereyra Ariza said that around 30,000 people receive these pensions, but there are still many to be integrated.

“Law” in our country is dead writing on the paper its printed on, unless properly interpreted and enforced…just immense blatherskite…as usual…😉

When and only when the government goes after the employers who discriminate against the over 40 workers will there be a change in attitude. Right now the employers do as they may without interference from authorities.

Most over 40 workers have a wealth of knowledge and expertise for which they should be given recognition, good salary, and elevated staff level.