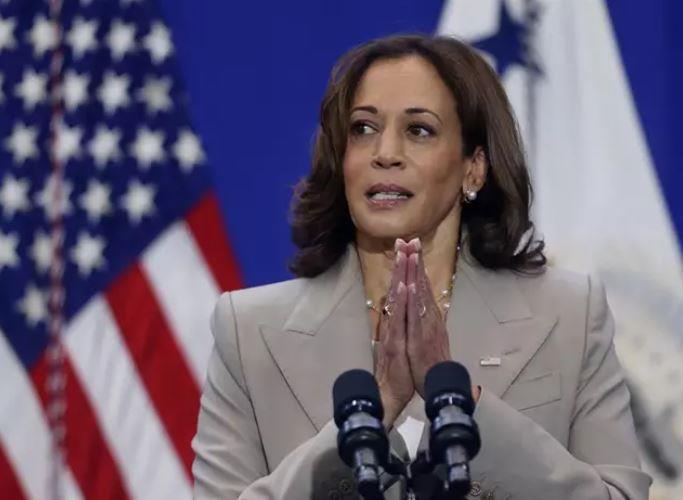 Kamala Harris will meet this Thursday at the White House with Caribbean leaders. ( FILE PHOTO )

US Vice President Kamala Harris did not include the Haitian issue in the list of issues she will be discussing with President Abinader in her meeting scheduled for today, Thursday, at the White House, which will begin at 12:00 pm and end at 4:00 pm.

Through a tweet published this morning, Harris wrote the list of topics she will discuss with the leaders she will meet.

“In our continued work with our Caribbean partners, today I will gather leaders at the White House to discuss our ongoing efforts to strengthen energy security, improve access to financing, and improve food security,” the vice president wrote.

In our continued work with our Caribbean partners, today, I will convene leaders at the White House to discuss our ongoing efforts to strengthen energy security, improve access to finance and enhance food security.

– Vice President Kamala Harris (@VP) September 15, 2022
When the meeting to be held by Abinader with Harris was made public, the Palace Communications team reported that among the topics to be discussed would be the Haiti crisis. This issue has always been in Abinader’s folder on previous trips to the United States. At the 76th General Assembly of the UN, held in September last year, Abinader made it clear that the Dominican Republic would not bear the burden of the crisis in the neighboring country alone. At the same time, he demanded from that organization actions to stop the economic crisis and the crime that this impoverished nation is going through.

President Abinader demanded from that organization actions to stop the economic crisis and the crime in Haiti and Still No one come to Help. Where are the USA, France, Canada, European countries, and Africa? All they do is talk and No action while people die in Haiti.

This jaunt is just another example of doing absolutely nothing except talk . It is hard to believe what is NOT happening here.

Why would KH wanted to meet with Luis Abinader if is not to demand and put more pressure on the Dominican Republic for the benefit of Haiti. The problem is that president Abinadar can’t talk about it.