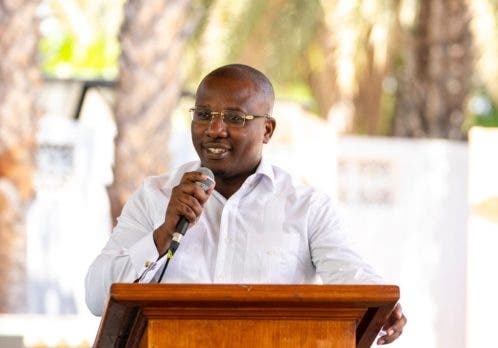 The former prime minister of Haiti, Claude Joseph, affirmed this Friday that Dominican President Luis Abinader Corona understands nothing of the social and political crisis the neighboring country is experiencing and is only taking advantage of the lack of leadership to continue with his plan.

“Abinader understands nothing of the Haitian crisis and only takes advantage of the absence of leadership of the current puppet prime minister of Haiti to pursue his own agenda,” Joseph wrote in a message on his Twitter account.

The former Haitian official also said he disapproved of Abinader’s “totally selfish and opportunistic approaches” regarding the “Haiti dossier.”

Claude Joseph’s statements come after Luis Abinader spoke before the Organization of American States (OAS), where he called for a redoubling of efforts to curb the situation in Haitian territory.

“Haiti cannot wait any longer, the current situation can be defined as a low intensity war. We must act now, thousands of people are dying,” he said.

The president assured that “the border crisis in Haiti is a threat to the national security of the Dominican Republic” because the authorities of that country do not have “control” of the monopoly of force and organized crime “tries to alter order” in Dominican territory.

President Louis Abinader has been lobbying with the USA and has spoken to the United Nations about the need for international assistance. He is the only national leader to show some leadership. By interpreting this initiative as ‘selfish’ Joseph demonstrates why he is not in office !

Why should anybody cares about this gang leader opinion?

People of Haiti and its “leadership” should understand first …but they refuse to ….
Help yourselfs …you created your mess …no one to blame but yourselfs…
Always looking for handout …
Look for way out …!!

Dominican nationalists RISE UP! fight against this decease next door!