The largest international chess event in Dominican history is inaugurated 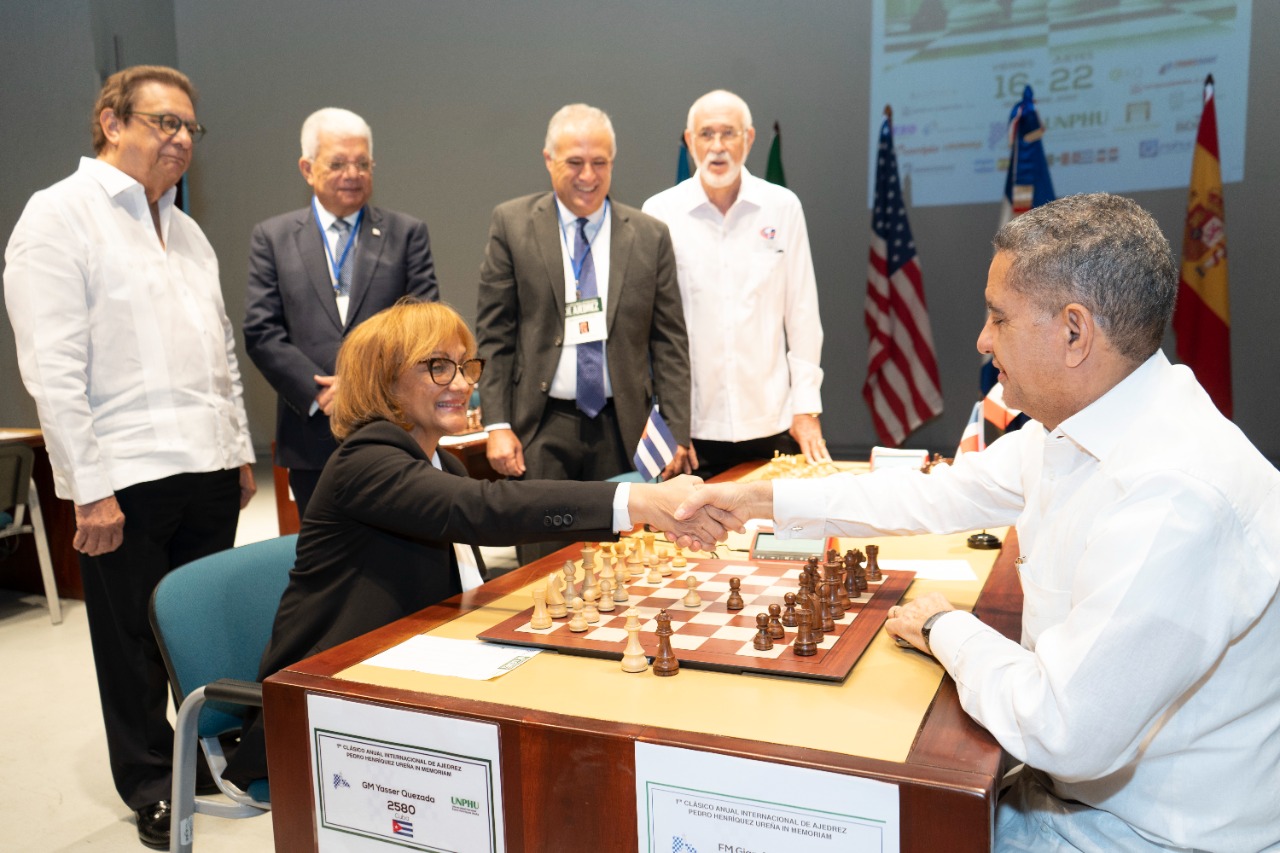 The Pedro Henríquez Ureña National University (UNPHU) and the Dominican Chess Federation (FDA) started this Friday, September 16, the First Annual International Classic, the most important ever held in the country and memory of the great Dominican humanist.

At the opening ceremony, the rector of the UNPHU, architect Miguel Fiallo Calderón, expressed the academy’s efforts to expand the activity’s practice, which “is as much art as science” and which is part of the optional disciplines taught at the university. Meanwhile, the president of the Chess Federation, Pedro Domínguez Brito, expressed his gratitude to the university for the facilities provided and to the journalist Miguel Guerrero, to whom he presented a recognition.

The tournament will be attended by players such as Fernando Peralta from Argentina; Alejandro Ramirez from the United States; Manuel Leon Hoyos, Mexico; Fernando Cuenca, Spain and Yasser Quezada Perez from Cuba, former champions of their respective countries, all holders of the title of Grand Master, the highest distinction awarded by the International Chess Federation (FIDE).

The foreign team is joined by 15 Dominican players, two of whom hold the title of International Master, Josué Araujo and José Manuel Domínguez, both former national champions, and five others with the title of FIDE Master.

The direction of the tournament is in charge of Erick Hernandez, from El Salvador, who is president of zone 2.3 of FIDE America. Leonardo Estevez, Dominican international arbiter, assists him, and the coordination is in charge of Braulio Ramirez, general secretary of the Chess Federation.