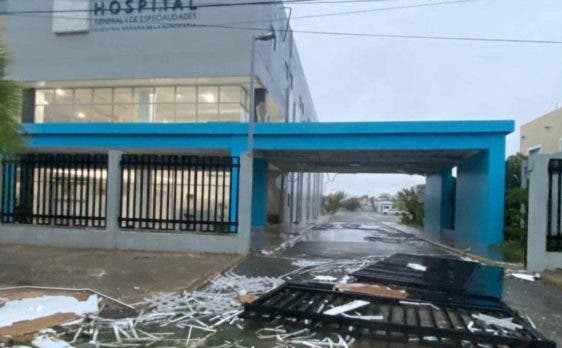 Damage from the rains of Hurricane Fiora in Higüey, La Altagracia province.

Flooded communities, houses without roofs, broken bridges, destroyed and blocked roads, downed trees, and 60% of the power lines deteriorated in La Altagracia due to the passage of Hurricane Fiona in the East and Cibao. This province El Seibo, Hato Mayor, and Samaná were the hardest hit areas.

The Punta Cana-Macao Energy Consortium (CEPM) released the figures for the damages to the system.

Fiona’s tear
According to the Emergency Operations Committee, Fiona struck the East at 3:05 a.m. It entered through Cabo San Rafael, with 140 kilometers per hour winds.

Authorities indicate that in La Altagracia, 40 to 50% of the power poles were blown to the ground, blocking streets. Ninety percent of commercial signs and billboards were destroyed. The most vulnerable areas were flooded.

Senator Virgilio Cedano said that during one of his tours, he observed that the damages were substantial and that it was almost impossible to move along the streets and roads due to a large amount of debris.

“We are proceeding to make the formal survey of the damages as far as the situation allows us. We cannot pass the bridges to reach the neighborhoods, because the river is very high, and with so much water, the bridges are weakened,” said the legislator. 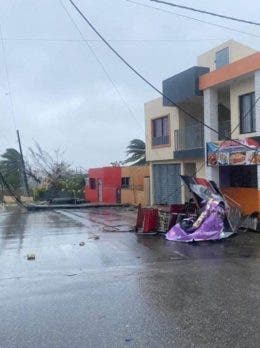 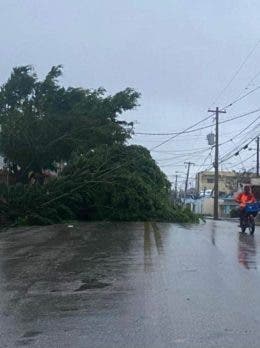 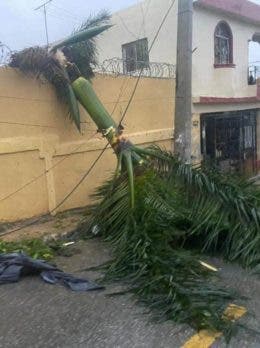 In Higüey, panic attacked the residents of vulnerable neighborhoods, such as Antonio Guzmán, La Florida, Las Cucarachas, Los Soto Bajo, Villa Cerro, and Pepe Rosario, due to the flooding of the Duey and Quisibaní Rivers, which surround the areas.

In El Seibo province, the situation was very similar. Fiona was raging against the wooden houses with zinc roofs, some of which had been lifted by the winds. People cried out, unprotected, seeing their belongings damaged. “We have many roofless houses, trees on the ground and much of the power line,” said Senator Santiago Zorrilla. Nevertheless, he said that there were no human losses.

In Miches, the Yeguada river entered the town. Civil Defense had to work hard to get people out of their homes to avoid tragedies. The most impacted areas were Santa Cruz de El Seibo, El Cedro, and its surrounding areas.

In Samaná, Fiona left a catastrophe, according to its people. “The winds have done serious damage to property, there are homeless people, many are in shelters. We prepared a contingency plan to help the victims,” described Senator Venerado Castillo.

The downpours flooded the municipality of Santa Bárbara, the municipal district of El Limón, Las Galeras, and Las Terrenas, northeast of Samaná.

Early in the morning, the intensity of the rains kept the currents of the Maguá river and the Paña-Paña stream swollen. Rescue agencies made efforts to save citizens in danger.

Castillo affirmed that many houses and the electricity poles were affected, and many victims were in shelters and relatives’ homes.

Regarding the state of the highways and roads, he indicated that the stretches of Hato Mayor-San Pedro; Hato Mayor-Sabana de la Mar were cut off.

Locals reported that electric power service was suspended in its entirety in Hato Mayor. In addition, businesses were affected by the wind gusts, which destroyed their windows.

Congressman Saury Mota asked President Luis Abinader to declare a state of emergency in the province. “Among the most affected sectors are the neighborhoods of the northern zone, Los Multis, Sabana,Hatillo, Gualey, Parque Central. The rains have caused the electrical service to be badly affected, and homes destroyed and flooded, and many people have left their homes,” said Mota.

The congressmen agreed that the most important thing was to rescue and attend to all people in need of emergency services, supply them with drinking water and food in the shelters, help those displaced to other homes, and then enter the phase of repairing homes and rebuilding destroyed houses together with the central government.

On my tours of Punta Cana, Veron, Bavaro, Hoyo de Friusa Cortecito, and Los Corales yesterday a 9am…I saw 2 poles down. That’s right…2. Higuey must be where they are talking.

So I think that when they say La Altagracia, they really mean Higuey.

We have travel plans and supposed to fly into Punta Cana Thurs the 22nd. The news is conflicting. Is it safe to keep our plans? Is there water? Power? We don’t want to be a tourist burden.