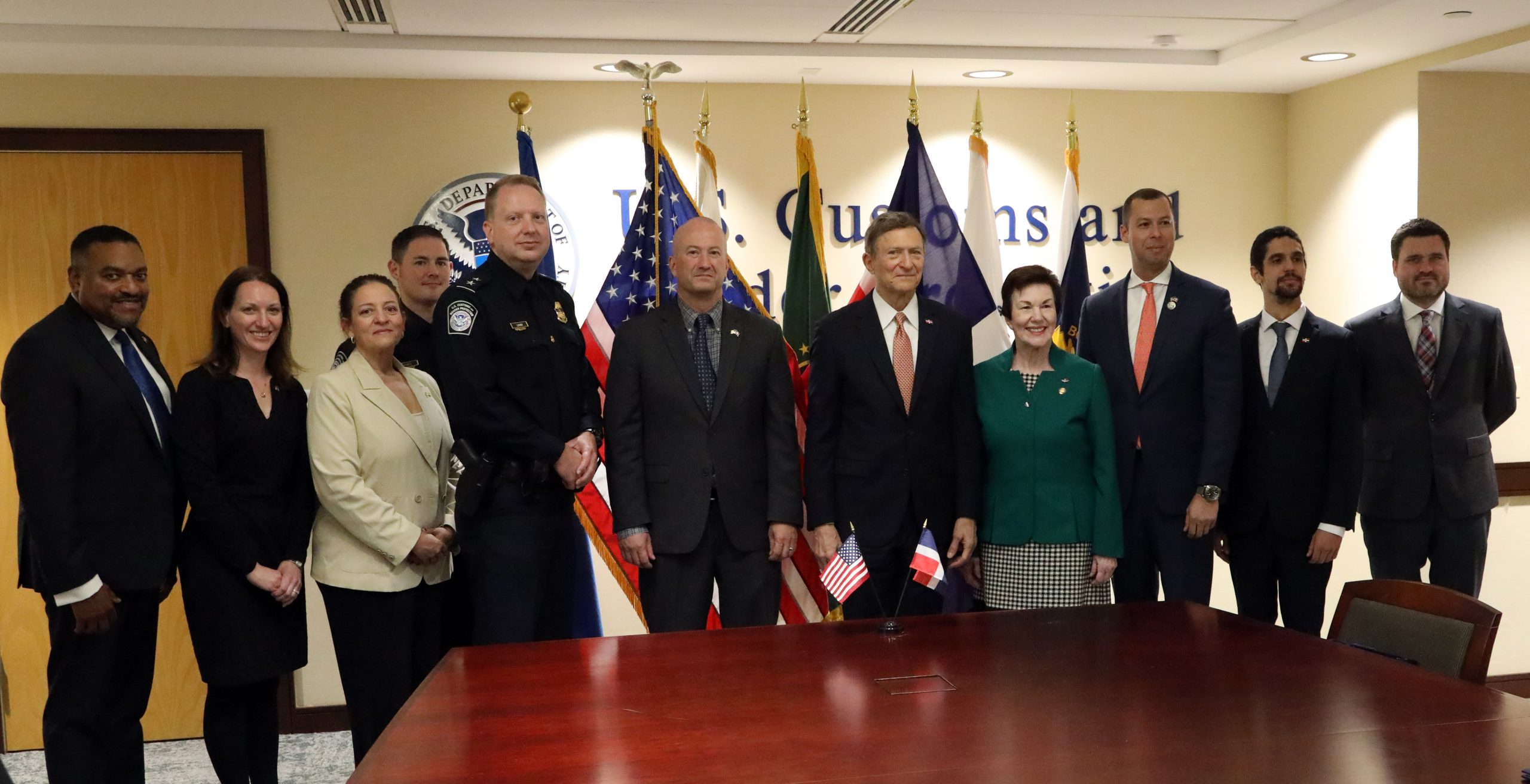 Dominican citizens who apply and get approved to participate in Global Entry will be able to enter the U.S. using the control kiosks in the Federal Inspections Service areas of 85 airports in the U.S. and other countries. In addition, the officials highlighted the strong cooperation between the two countries on immigration matters and enforcement against organized crime.

Successful Global Entry applicants will also benefit from the TSA PreCheck program, which will allow for a smoother screening process at security control for domestic and international flights departing the U.S., eliminating the requirement to remove shoes, jackets or belts, and computers from carry-on bags.

“We are excited to be partnering with the Dominican Republic to work toward welcoming Dominican citizens into Global Entry membership in the future,” said Miller. “These initial steps symbolize our countries’ efforts and commitment to foster a relationship that facilitates commerce and legitimate travel and, just as importantly, strengthens both of our countries security while providing a benefit to our citizens.”

Álvarez welcomed this arrangement as a recognition to further foster the trust and the international travel relationship between two countries that are allies and friends. “Once fully implemented, Global Entry will contribute to the growing tourism and business ties that currently position the Dominican Republic as an ideal destination for relocating North American companies to the region and for strengthening supply chains,” he said.

Dominican Ambassador Sonia Guzman described this initiative as one of the most significant achievements of the bilateral relationship in recent years.

“This has been a priority since we took office in Washington, and the embassy and CBP teams have spent months collaborating with counterparts from the Dominican Republic to achieve this arrangement. We thank Minister Álvarez for his vision and his support throughout this process. We hope to begin negotiations on the technical aspects as soon as possible so that the Global Entry program can begin to benefit thousands of travelers,” said Guzman.

The diplomat stressed that upon completion of several additional steps in the process to become a full Global Entry partner with the U.S., the Dominican Republic would become the sixth Latin American country to be part of the program.