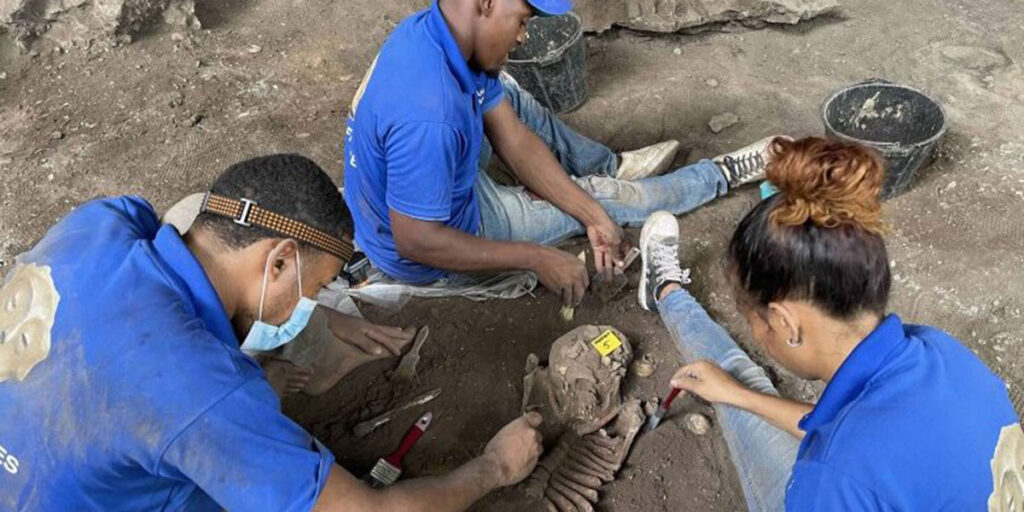 According to carbon 14 studies performed on the bones, the ancient human remains that were recently discovered in an archaeological site in the province of Samaná date from 5,300 years ago. The results of the excavation, which were overseen by the Spanish archaeologist Adolfo López, who expressed amazement at them, have increased the significance of the site’s discovery and our ability to learn about the early inhabitants of the island of Hispaniola.

“The earliest Dominicans, they say. We have received a huge surprise,” said López, whose team has been working in the region for four years. The region contains an ancient ritual burial place that is enabling researchers to identify the progenitors of the Antilles’ people. López emphasized the significance of having the chance to examine the DNA of “With the full collection of cultural artifacts and all the excavation data, remains were discovered in situ. ” It is something special, nothing like this has ever been done in the Caribbean,” he proudly insisted.

He claimed that after these studies are completed, “we are going to find out what the initial occupants of the island were like, who would subsequently populate Cuba,” for the first time. The archaeologist, who believes that these people originated in Venezuela, said, “There are no older records on other islands.”

“We aren’t certain yet, but knowing this knowledge will enable us to understand how they lived, how they buried the deceased, what tools they used, what they ate, and what they hunted”, he said, adding that it “is a cultural event for the entire Caribbean. The Spaniard made it clear that extinct animal species, including giant sloths, were among his hunting prey. According to the discovery of the mammal’s remains and several arrowheads used by their human predators to kill them. We already know when and by whose hands they went extinct”, the archaeologist claimed.