Cholera and other tragedies of the international community against Haiti 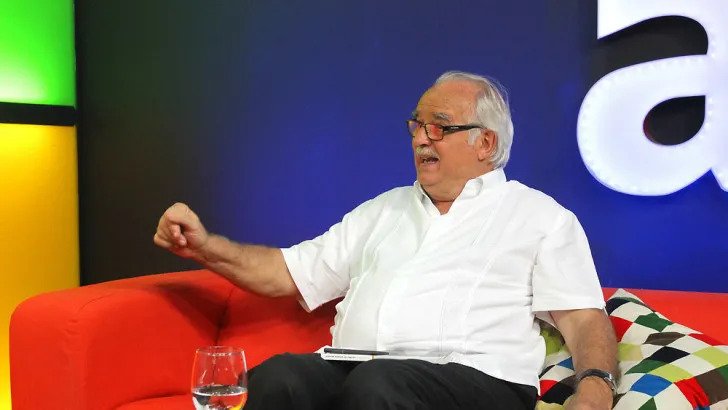 The UN was accused of acting irresponsibly and lying about the cause of the cholera epidemic in Haiti, which claimed the lives of thousands of Haitians and hundreds of Dominicans, by Professor Ricardo Seitenfus, the author of the book The UN and Cholera in Haiti. In addition, he claimed that the governments of the wealthiest nations, in particular, appropriated billions of dollars that were given by private organizations and people.

Seitenfus, who worked in Haiti as a diplomat, social activist, and Special Representative for the Organization of American States (OAS), rather than as a government official, charged the American Red Cross with misappropriating hundreds of millions of dollars in aid intended for Haiti.

He claimed that although this organization only constructed two or three modest homes in Haiti, it used the proceeds to erect a brand-new, opulent structure in the US. He reasoned that there are obvious legal violations in the UN’s stance on the cholera outbreak in Haiti, which must result in consequences to right this injustice.

And every time the Haitians tell you about interferences that have destroyed Haiti, people don’t believe it. American Red Cross builds three houses made out of press board wood. These houses have since expanded by rainwater and disintegrated. Over $300,000,000 donated to build homes in Haiti, and this is what they did. Did anyone go to jail for theft of funds? How about deceptive practices by fooling and lying to the American public and cheating them out of their contributions. Yet, some Haitian dentist was put on trial in Boston for some stupid case. So many thousands of Haitians died from Cholera but the UN paid 0$ to the families of these people. Why was no one put on trial there? Many of which lost the family bread winners. The world is not as stupid as they think. People have seen what has transpired. The saddest part of all of this, is that the black world is still not united. This should be a blow to every black person living anywhere and everywhere. Until we unite behind a mandate that all black people must be respected, they will continue to denigrate and relegate our people. Look at how they treated black Americans during the aftermath of hurricane Katrina. Look at how they treat the Haitians today. Look at how Dominicans are treated in the streets of the US. They look out for the Ukrainians, because they are the right color yet, half a world away. Until we respect each other and force others to respect us, we will always receive the crumbs from the table of Lazarus. I am not calling for war, but awareness! and unification around the plights affecting all people of color around the world.

Tony Rodham(died recently) Hillary Clinton brother, owns all mines in Haiti…they’ve been sucking Haiti dry…That part of the island, Hispaniola where Haiti is , proved over longest period, decades they can’t govern themselves…Their inability to function becomes our liability, and will have tremendous consequences on as , our stability , and will put extreme burden on our economy…!!!! Curb the problem now while you can, time is of essence , otherwise we’ll become victims of our own ineptness and laziness…!!!

I disagree! “Burden on our economy?” What built the Dominican economy to what it is today? Foreign investment, Tourism, trade, drug proceeds, and remittances. Haiti’s instability, by design, has forced the closure of Haiti’s agrobusinesses. Wiped out production of staples like rice, eggs, and plantains. The DR was never played with like this and are net producers and exporters. Haiti being a major buyer. The Haitians grew it for you and then bought it from you. What burden could that be?

This is why the gangs are fighting and why the old ways of Haiti will never return again. The rich Haitians have adopted a system of airtight exclusion. Everybody wants to be a politician in Haiti, why? Because the international players are paying them under the table and the rich Haitians are paying them under the table. To guarantee that the poor stay poor, and the poor stay far away from their neighborhoods in the hills. International powers like the US want Haiti but not Haitians, not the poor ones. These gangs were born out of frustration by the masses. They are tired of having no say and no power to progress in a country that houses tremendous millionaires. This is not a random gang takeover; it is a revolution of the poor to be heard and to be empowered in their own country. Haiti like the Dominican Republic have systems of ‘money solves everything.’ When the poor go to jail, they stay there. When Haiti is flooded, the poor stay there. When there is cholera, the poor are forced to stay there. They deserve a voice, and they deserve opportunities to advance themselves beyond the servitude role that the rich feel that they are only entitled to. How much of any gold found in Haiti, do you think would ever end up in the hands of the poor?