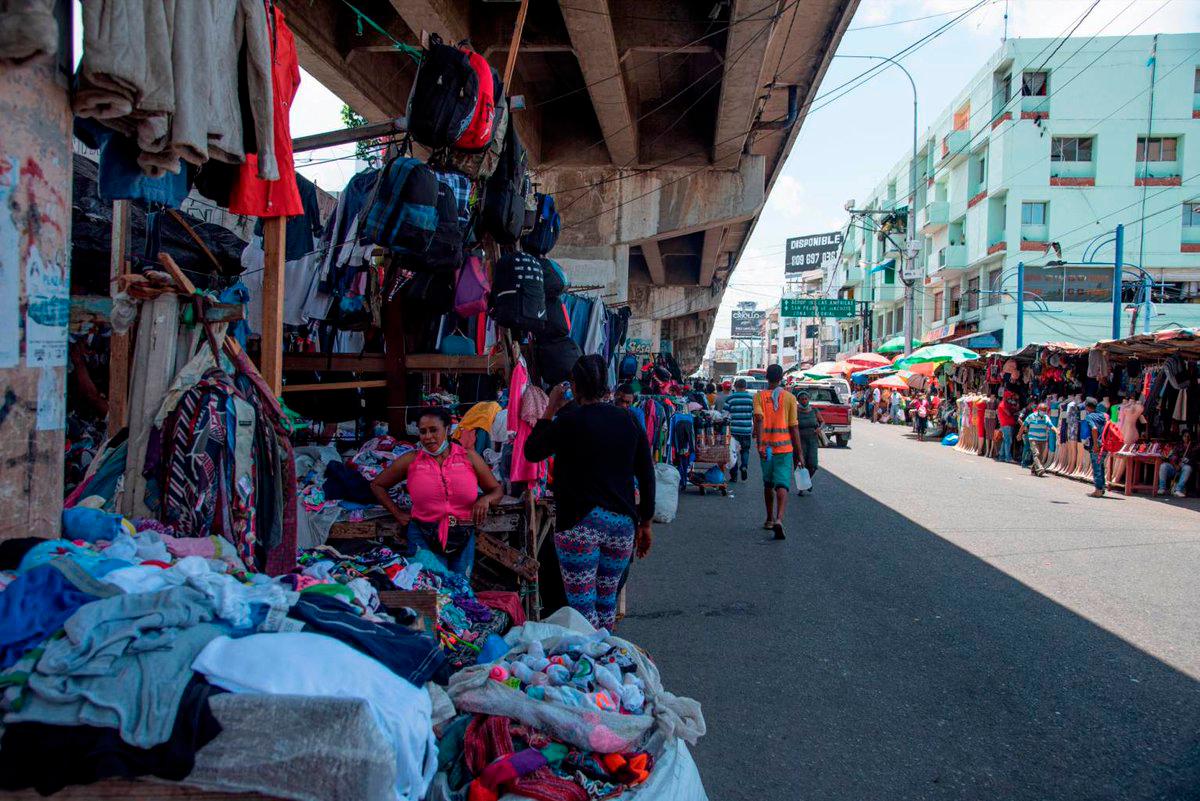 One of the most popular eco-friendly consumption practices in the Dominican Republic is the purchase of used clothing, also known as “pacas” due to the way they are packaged for importation and transportation. This is especially true given how reasonably priced it has been for many years. They permit the use of distinctive accessories, and many of their customers also concur that they are reasonably priced. Under a blue canvas on a street in San Cristóbal, a woman, who requested that her name not be used for fear of embarrassment, said, “I prefer to come here and buy quality clothes at a lower price than go to a store to look for expensive rags.”

The fact that most of the items are clothing that is removed from stores when it is no longer in season to make room for new collections may be the reason why you can find items in good condition from brands known for the longevity of their clothing. Designer Carolina Almonte counters that they are actually given to foundations that sell high-quality, reasonably priced second hand clothing as well as designer clothing, contrary to popular belief. Even if they were considered “garbage,” some people would still use them and see opportunities for others to benefit from them or try something new.

Among them is Juan Guerrero. To support his family, this man makes a living by selling this type of clothing at the San Cristóbal market. Numerous people set up shop next to him, selling everything from fancy suits to underwear and bathing suits beneath broad canvases. His bales, which he refers to as “old rags,” are the leftovers from other sizable vendors who sold those components in sacks because there was little demand for them. This is why he thinks that if sales were outlawed absolutely, categorically, the nation would lag behind because some depend on others: “If you don’t sell, you don’t eat; things are not very good.”

There are bargains to be made if one is willing to explore the piles of clothing.

Of course, this type of shopping is gaining more popularity, especially from the middle class, as budgets are strained due to increasing inflation and wages that cannot keep up with the rise.