Farm thieves hurt producers; in four years, there have been almost 1,500 animal thefts 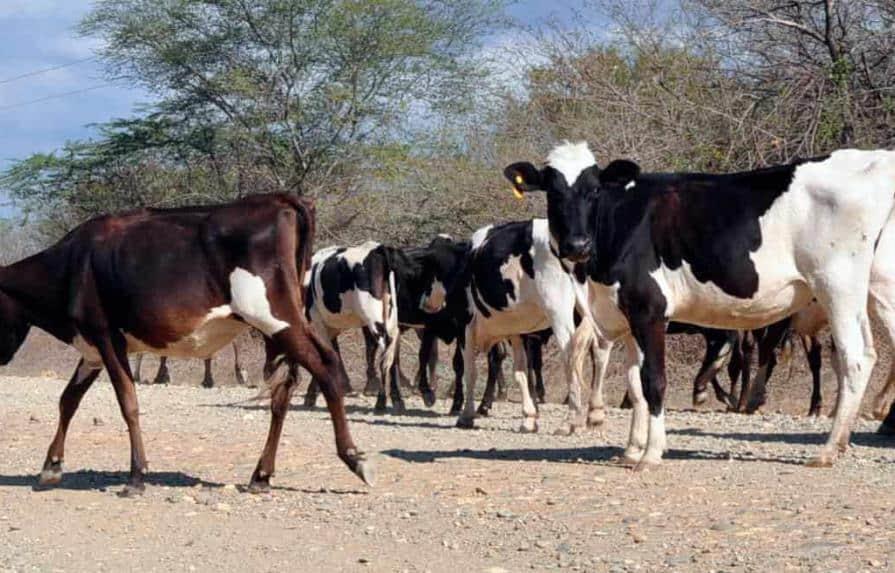 At the beginning of last August, the La Vega Police reported the arrest of eight people for stealing 125 sheep, a shotgun, and other objects from a farm in that province.

Also, in March of this year, farmers in the municipality of Nagua, in María Trinidad Sánchez province, reported the theft of some 400 cows from cattle farms in different communities. They attributed the robbery to a gang of cattle rustlers operating in the area.

The cases frequently occur, although it is difficult to have accurate statistics on how much cattle rustling or theft of products from the land occurs in the country’s plantations.

Only in cases reported as animal theft, the Attorney General’s Office made an estimated 1,456 cases in the last four years, marking an upward trend in the previous three.

However, there are other cases of farm robberies which may include theft of agricultural products that are not broken down in the statistics and among the thousands of simple robberies registered by the Attorney General’s Office, according to the entity.

Daniel Pou, director of the Data Analysis Center (Cadseci) of the Ministry of Interior and Police, explains the difficulty of typifying this type of crime due to the imprecision of the initial report made by the police agencies. They almost always talk about cows or sheep and other items that can be very varied, limiting the possibility of breaking it down and typifying it, he says.

However, the frequency with which the cases occur leads more than one sector that cultivates the land and raises livestock to seek alternatives and ask for help to prevent the theft of their animals and fruits.

Pou himself recalls a meeting he held two months ago with farmers of Barahona, who fundamentally demanded the creation of a specialized rural police force to deal with cases of farm robberies.

The constant theft of their produce triggered the tragedy last September in La Romana, when a man killed four people, including two police officers, and ended up dead at the hands of police officers.

The perpetrator and victim, identified as Román Guerrero, the cabinetmaker, had reported several days before the tragic event that he was being robbed in an apiary he owned.

In the middle of last year, the police reported that they could recover at least eight cows that were stolen in El Seibo.

Cattle theft, in particular, has motivated dozens of sheep and goat producers, members of the National Sheep and Goat Council (CONAOVICA), to present earlier this year a draft bill of the “Abigeato “Cuatrerismo” Law, with which they intend to eradicate the theft and slaughter of animals illegally.

Blanco Peralta, president of the Northwest Cattlemen’s Federation, is one of those who have demanded this initiative. He understands that the current legislation is too weak to punish those responsible for these crimes.

He explained how difficult it is to keep a count of the units stolen among the more than 5,000 members of the federation. Still, he maintains that events frequently occur, in which sometimes a producer loses one or two cattle or may lose 15 or 25 in a single day.

“Right now there have been no recent thefts and cattle rustling, but at unexpected moments they arise, that is normal. On the border right now there is some control, but they always occur and harm the producers,” he said.

He further explained that the thefts, sometimes to pass the animals to the neighboring country, Haiti, are often to market them internally in Dominican territory.

“Previously we thought it was to take them to Haiti, but most of the time, they slaughter the animal, butcher it and commercialize it internally, they take it to the urban centers in disguise.”

He points out that, at present, they are looking for new actions to see how to toughen the penalties for these thefts.

“The code is very simple in application. Often the producers steal five or six heads,  undergo the coercive measure and the offender gets out faster than the affected ones themselves.”

Tougher animal theft regulations are not the cure. Tougher enforcement is the cure. However, tough enforcement of any law/regulation in the country is lacking.