Two people detained in Barahona with 82 packets of cocaine 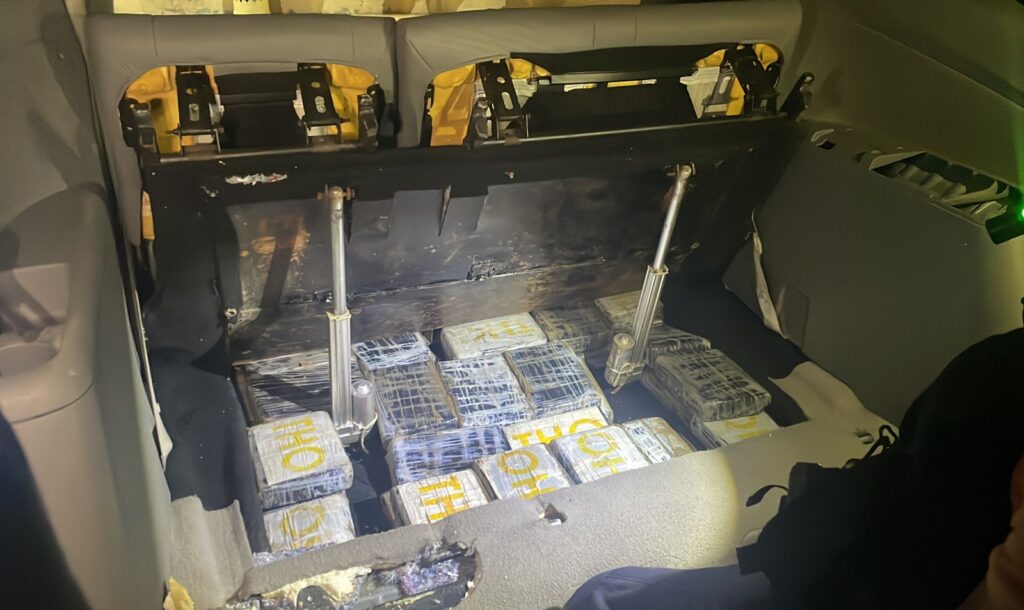 In the province of Barahona, the National Directorate for Drug Control (DNCD) and personnel of the Public Ministry seized 82 shipments, most likely containing cocaine. At the Santa Elena Crossing in the aforementioned province, the DNCD agents started a follow-up and capture operation, intercepted two males driving a Chevrolet Traverse jeep with an exhibition plate, and immediately started the inspection routine.

In fact, they took the jeep into custody in the presence of a deputy prosecutor after discovering a hidden compartment (cove type) in the rear of the seats that contained 82 packages of the material that were tightly wrapped in plastic and tape. The Public Ministry and the DNCD intensify their investigation and start looking for more people connected to this drug trafficking organization operating in the southern part of the nation.

The National Institute of Forensic Sciences (INACIF) is receiving the 82 packages used in this new operation with chain of custody for the applicable purposes.