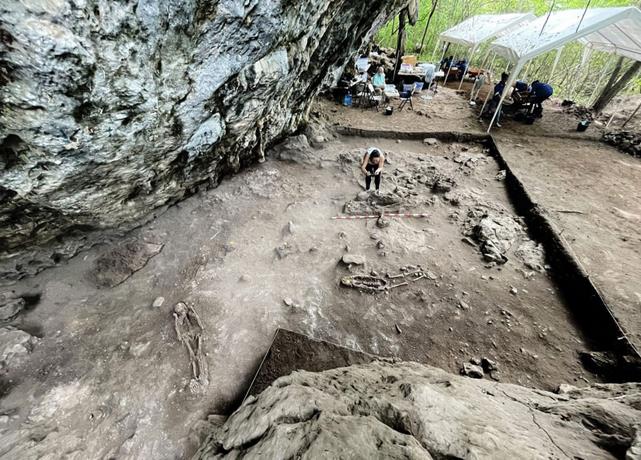 Although it is possible to believe that the Tainos were the first people to live on the island of Santo Domingo, the truth is that this region was inhabited by another ancient people more than five thousand years ago, prior to the arrival of Admiral Christopher Columbus. According to carbon 14 tests that were performed on the bones, which were previously thought to be much older—about 3,000 years—the archaic human remains, which were recently discovered at an archaeological site in Samaná, northeast of the Dominican Republic, date back 5,300 years.

According to this discovery, the Tainos were not the island’s original inhabitants but rather their ancestors. Archaeologists refer to a group of people from South America, most likely Venezuela, as “casimiroids.” This group is the first of the first settlers of the Antilles’ five major external migrations. ‘Dominican history has an enormous journey that begins many centuries before the arrival of Columbus. It has a great wealth of cultures that were mixing with each other,’ said archaeologist Adolfo López, who is in charge of the team conducting the investigations in Samaná.

On the island, the “casimiroids” coexisted with people who had come from other parts of America thousands of years later. The archaeologist continued, “From there, a mixed culture is produced that develops and gives rise to the Taino culture, which is what Columbus discovered when he arrived on the island 530 years ago.

Can we expect this conclusion will be presented to the World Archaeological Congress? Will this mean all the Taino artifacts and cave drawings in the country will have to be assessed whether on not they are of Taino origin?