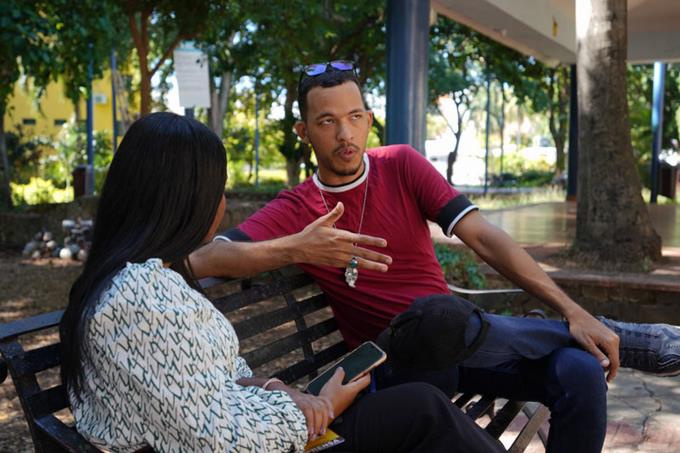 The Cuevas family experienced a disastrous day on october 6th. Since then, there has been a sense of ambiguity and anxiety as to his whereabouts. What took place? Why hasn’t he come back? They are just one of the numerous questions that remain unanswered about the disappearance of his 30-year-old family member, Jesus Maria Cuevas Pena, with every new day. 15 days have passed since the trail and his remains went missing. Jesusito, as his brother Carlos Ariel Cuevas and close friends refer to him, claimed that his body was last seen outside the Multicentro La Sirena, which is located on Winston Churchill Avenue, around 6:30 in the afternoon, some time after a coworker had left him there as usual.

But according to his brother, the young man returned that day to his house in the José Contreras residential area because he discovered the eye-catching green shirt he was wearing when he vanished in the laundry basket. “It appears he arrived and transformed. Because he was performing exceptionally well both professionally and financially, they were even awarding him a promotion that day,” according to Carlos.

Every day there are more reports of disappearances in the Dominican Republic. A citizen runs the risk of leaving his home and never returning, and even when the authorities launch an investigation, search, or look for films that can reveal his location, they are unable to resolve the issue or provide the families with a genuine response.

The Cuevas family is hoping to locate Jesus safe and sound despite their anguish and hopelessness.

Carlos said, “The Central Directorate of Investigation (DICRIM) is assisting, but I feel that the search protocol must be different because the first thing they did was request the videos from the cameras and that requires time for them to give permission. The first thing I should do is locate the phone to find out where it was and go to that area to look at the cameras.”

To collaborate with any information on the whereabouts of the missing young man, Jesus Cuevas Pena, you can contact the telephone number: 849-409-1016.

Come on..every day there are reports of young men disappearing !!..yet several days ago the number missing was about 110 . Hope the young man gets in touch with his family but please no more sensationalism .