Cesfront welcomes a delegation from the European Union 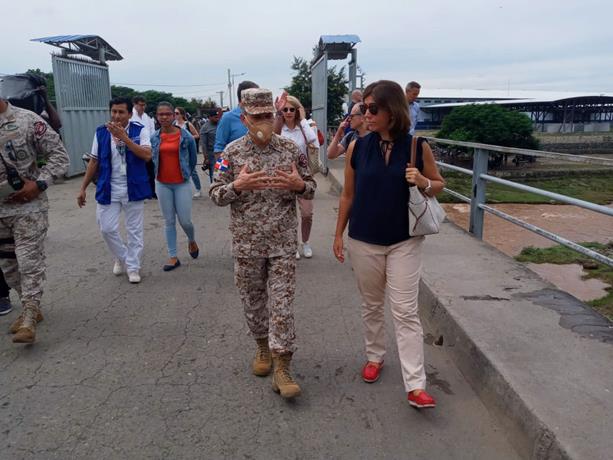 A delegation from the European Union visited the Dajabón border crossing yesterday to learn more about the Specialized Land Border Security Corps (Cesfront). The delegation went on a tour of the border military entity’s operating area and the site where the perimeter fence is being constructed. From the 24th to the 26th of this month, representatives of the European Union from Brussels will be in the nation.

A large portion of the European continent is governed by the European Union. It is a unique economic and political organization in the world with 28 member nations. The majority of the EU’s institutions and officials are located in Brussels, which has been regarded as the capital of the EU since the 1960s.