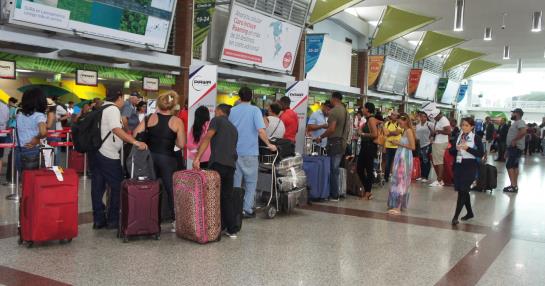 The Directorate General of Customs (DGA) informed that during December and until January 15, the Christmas grace granted annually to residents abroad who wish to send gifts free of import duties to family and friends in the country would be in force.

The general director of Customs, Eduardo Sanz Lovatón, said that for the first time, the dismissal time is extended in favor of the Dominican community abroad.

He also pointed out that residents abroad who wish to make a shipment must present themselves at the customs administrations (collecturías) with their passport, purchase invoices, boarding pass, and any other document that proves they have not entered the country for more than six months.

According to the provisions announced by the DGA last year, the items to be sent must not exceed US$4,000.00 dollars, and only one grace per family will be applied.

It should also be noted that motor vehicles of any kind, firearms, and goods considered industrial or agricultural raw material, including fuels or derivatives, are not admitted, according to El Nacional.

Expect flights to be fully loaded. There will be future media stories of passengers not being allowed to bring extra, overweight, and/or oversized baggage aboard. There will be many reports of thefts at the airlines controled areas, the airport baggage handling zones, or on the roads after leaving the airport. Welcome to the holidays free for all. More stories to come.

Good afternoon. We removed this comment.
We look forward to constructive contributions to the discussion. Personal insults are not included. Please feel free to participate on our site with factual comments on the subject of the article.

You must be fun at parties!

Censoring dictators. Let the gring-hoes comment but not the real dominicans.