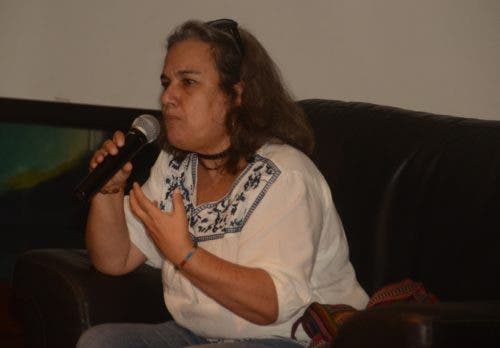 Social anthropologist and researcher Tahira Vargas affirmed yesterday that in the Dominican Republic, ‘human rights are maintained as if they were favors’ and are not addressed as State policy.

Vargas said that in society, there is an excellent distortion between what is a favor and each citizen’s rights.

“And that starts with the State itself. Our relationship with the State is one of asking for favors and not demanding rights, which comes from a historical tradition and the roots of dictatorships, cultivated on clientelism,” said the anthropologist.

The researcher regretted that this perspective had been seen as convenient and fed by all governments, not understanding the significant deterioration caused in the country about the issue of human rights.

Tahira Vargas made her remarks at the panel: “Social Sciences and Human Rights in the Caribbean: Crucial Problems and Challenges” at the auditorium of the Faculty of Economic and Social Sciences of the Autonomous University of Santo Domingo (UASD).

Role of social sciences
The panel was also attended by historian and researcher Amaurys Perez, who said that the social sciences play a vital role in the issue of human rights because, in his opinion, it is through knowledge that injustices in society can be combatted.

The university professor also indicated that the subject should be worked on in the classrooms of schools and academies of higher education in the country to make people aware of the reality that society is living through the constant violation of human rights and sensitize them to assume a critical attitude.

Unesco-Juan Bosch Award
The activity was carried out in the framework of the presentation of the “Unesco-Juan Bosch Prize, which promotes research in Social Sciences in Latin America and the Caribbean,” awarded to Dr. Jason Heynes of St. Vincent and the Grenadines.

The award was instituted in 2009, on the occasion of the centenary of the birth of Professor Juan Bosch, and its purpose every two years is to reward the best theses in social and human sciences dealing with a Latin American and Caribbean theme written by young researchers who contribute to improving social development policies in the region.

Also present were Anne Lemaistre, director of Unesco’s Regional Office for Culture for Latin America and the Caribbean in Havana; Andrés L. Mateo, permanent delegate ambassador of the Dominican Republic to Unesco, and Conrado Peguero, president of the Juan Bosch Foundation.