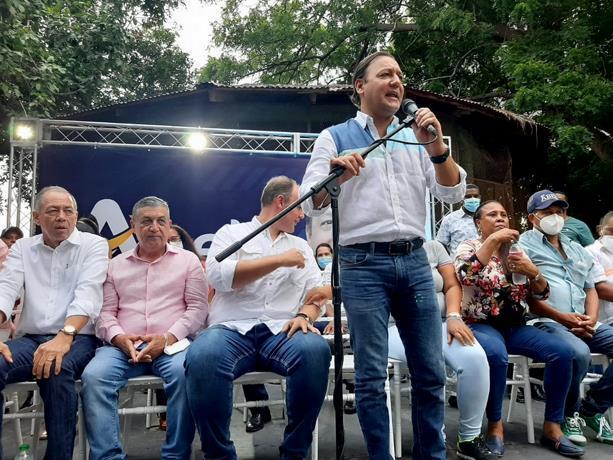 Santo Domingo, DR.
The presidential aspirant of the Dominican Liberation Party (PLD), Abel Martinez, expressed that citizenship should not pay for the inefficiency of the Government regarding the high levels of crime.

That statement by the current mayor of Santiago comes in the wake of the decision taken by the Ministry of Interior and Police prohibiting the sale of alcoholic beverages in several points of greater Santo Domingo, taken, according to the institution, because of the high level of assaults registered in those areas.

“The Government’s measure regarding the limitation of alcoholic beverages, discriminates and hits a working people. Crime is at large in broad daylight and the citizen should not pay for its inefficiency to stop and prevent this evil that affects us all”, expressed Martínez through his Twitter account.

At the beginning of this week and through a press release, Martinez pointed out that these types of measures are motivated by the lack of effective policies and actions, as well as by the absence of management by the authorities to face citizen insecurity that definitely, in his opinion, has gotten out of control.

“The neighborhoods and sectors throughout the country feel that the Government has abandoned them, has left them to their fate, which has pushed young people and people of different ages to live the sad reality of having to take to the streets to commit crimes and rob other citizens of their goods and belongings, sometimes going to the most extreme measure of taking lives,” he said on that occasion.

It is good he is saying this as it makes good press. Yet, he should examine his own party’s behavior regarding high crimes. Bad seeds from past PLD administrations grew to become huge scandals. The inefficiency (¿deliberate blind eyes?) of its own past leadership did not stop the crimes.

Is it the do as I say, not as I do embroidering?