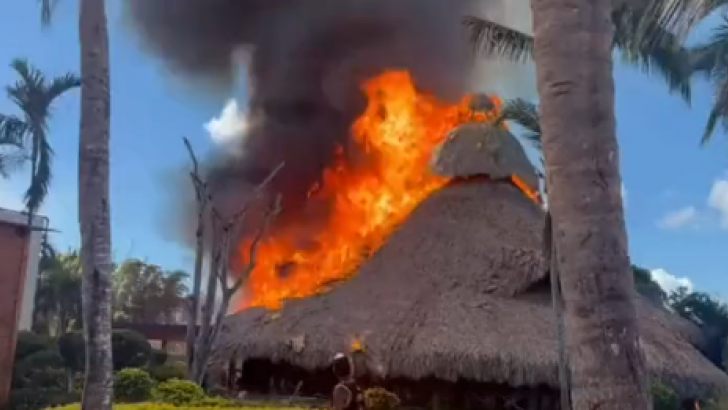 A fire affected this Monday the facilities of the Hotel Be Live Collection Canoa, located on the Bayahibe highway, near Dominicus Beach.

According to the La Romana Fire Department, at 1:05 in the afternoon they received a call from the Bayahíbe authorities requesting support to extinguish the fire. Several fire departments from La Romana came to the scene to quell the incident that affected a part of the hotel that was covered in cane.

So far it is unknown if there are injuries and what caused the fire.

Only yesterday, Sunday, another fire was registered in Bayahibe. The cane ceiling of one of the restaurants at the Catalonia Hotel in Playa Dominicus burned.

In both hotels, the fire started in the restaurant and due to the action of the wind, spread to other facilities without affecting the guest rooms and reception.

Can visitors please decide on which roof they prefer to eat under. I’d never choose a hotel with non cane roof, and I know a lot who would do same. Also, the buildings are designed safe enough so that people can leave it very quickly.

Damn! So sad. We already booked our vacation for the next june there. Hope nobody was injured and they can rebuild it soon. What happens to the guests who are staying there at the moment?