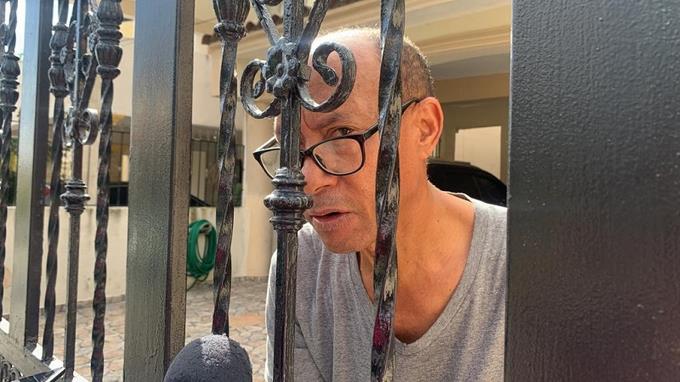 West Santo Domingo
The discovery of the body of Francisco Garcia, who worked as a guard at the house of former baseball player Melido Perez, has raised the alarm among residents of a housing complex in Santo Domingo Oeste.

Residents are feeling paranoid because of the strong crime wave affecting the country.

According to the deceased’s neighbors, the crime level has increased in the last few months within the residential complex, a situation which has kept them in fear.

The murder of Francisco, 62 years old, who worked as a caretaker, is a case never seen before in the compound in Santo Domingo Oeste.

For the residents of the residential complex, crime has been increasing to an unimaginable level in the last few months, according to Cesar Luis Catillo, a neighbor of the murdered guardian.

Castillo says that crime in the area is “finished,” An example of this was what happened early Friday morning.

Another who corroborates the reality of the increase in crime rates is Irving Paredes, a resident for more than ten years in the urbanization. He believes that crime has increased drastically in the last few months.

The residents of Mirador Oeste consider the police patrolling of the area to be very low, which is only carried out once a day.

“We feel unprotected despite the fact that in the residential we are very united, in my opinion the police are not doing their job at all, since they only pass through here one bad day.”

“I consider that something must be done soon because there are too many violent events that have happened.”

“We feel that we have no security anywhere,” said resident Luis Tejeda.

According to versions of the neighbors, Francisco was murdered by unknown persons who penetrated in the early hours of the morning (around 2:00 a.m.) of Friday to the house he was taking care of in the absence of its owners.

They tied him hand and foot and gagged him. The guardian was found in the morning hours by some of the neighbors, who found it strange that the gate of the house he was guarding was wide open.

Seeing that he was not answering his name, the neighbors decided to enter the house, where they found the body lying, showing signs of violence.

The criminals fled the place carrying a shotgun and some belongings in an unidentified vehicle in residence.

The deceased was a cherished person among the community members who today mourn his death.

Some of the residents consider that the measures taken days ago by the authorities have not worked and that, despite the efforts of the police, they have not yet borne fruit.

Others say that they would like the authorities to “take action” because they are afraid to walk the streets when it is their turn to go out to work or perform their other duties.

For the time being, the community members hope that the case will be cleared up and that peace will return to the residential area.

Diego Pesqueira, Police spokesman, indicated that they are waiting for the autopsy performed by the National Institute of Forensic Sciences (Inacif) to establish the cause of Francisco’s death.

He refused to give more information at the moment, alleging that it could hinder the investigations.

“The investigations are at an advanced stage, the corresponding examinations are being carried out, and then a report will be issued, but for the moment, the National Police has no further details,” he said.