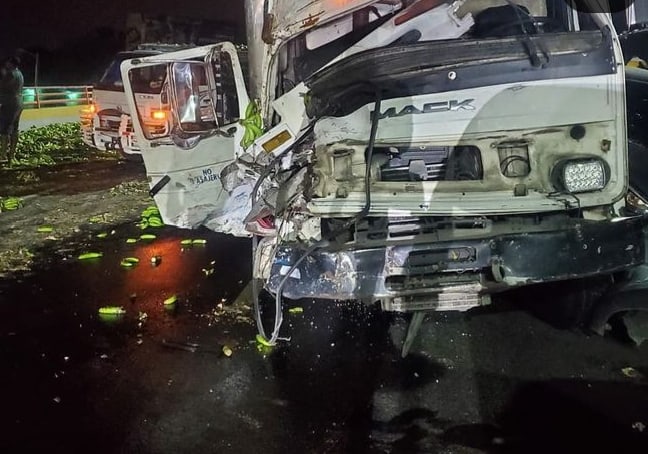 An accident involving three vehicles occurred early Thursday morning on the Duarte highway elevated with Monumental Avenue, resulting in no injuries or fatalities but causing traffic delays this morning. The vehicles involved in the accident were a Mack truck, a Hyundai SUV, and another Daihatsu truck, which was loaded with bananas at the time of the overturning. Roberto Valenzuela, a spokesman for the General Directorate of Traffic Safety and Land Transportation (Digesett), explained that the collision between the vehicles was not particularly shocking, but that as a result, the truck carrying bananas lost control and overturned.

“There were no injuries other than a collision between two trucks, a Mack and a Daihatsu loaded with bananas.” “There was a collision, and it wasn’t so shocking except that he lost control and turned, but there was no other type of damage in the sense of injury, there was no injury or anything,” Valenzuela explained when Diario Libre questioned him. The accident, combined with the vehicles that began moving on the Duarte highway early in the morning, caused traffic jams.