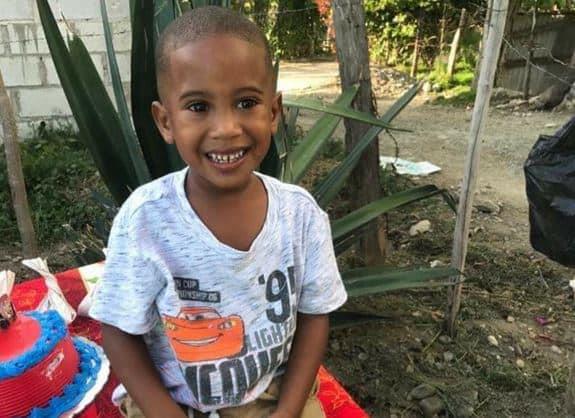 Eight months after taking out two strikes to demand the activation of the search for the youngster Kendry Alcántara, his mother continues to cry “my son hasn’t shown up” while requesting harsh action from the authorities to hand up his offspring. On the afternoon of Saturday, April 2, Pamela Garcia was visited by a neighbor who asked her to fix her makeup. While she worked, Kendry, her second of three children, played in the yard, as he used to. After completing this task, the young mother went in search of her son, but she did not find him. She attempted an unsuccessful tour of the entire Los Montones area in Juan de Herrera, San Juan province. She recalls going to the police station at 4:00 p.m. that day to report her disappearance and being advised to wait 24 hours. “Twenty-four hours for a special child,” her mother bemoaned, noting that Kendry has a speech impairment.

She stated that after two pickets, she was able to convince the San Juan Police to conduct raids on numerous residences of his neighbors, including one of a man who supposedly engaged in “witchcraft,” he claimed. The first 10 interrogations of neighbors close to the child and family took place about two months following the abduction.

Kendry hasn’t been heard from in about eight months, according to his parents and siblings. Pamela and her husband, like other families with missing relatives, have traveled over the country, posting posters on light poles and walls, and visiting hospitals and the National Council for Children and Adolescents (Conani), among other places. “The authorities claim to be working, but they have not provided me with a definitive response,” the young mother raged, hoping to see her son again.

This has to be a very awful experience for the family. We wonder how awful it has to be for young Kendry, hoping he is healthy wherever he is.

Nowadays parents and family members cannot let the innocents out of their sight because of the world we live in.