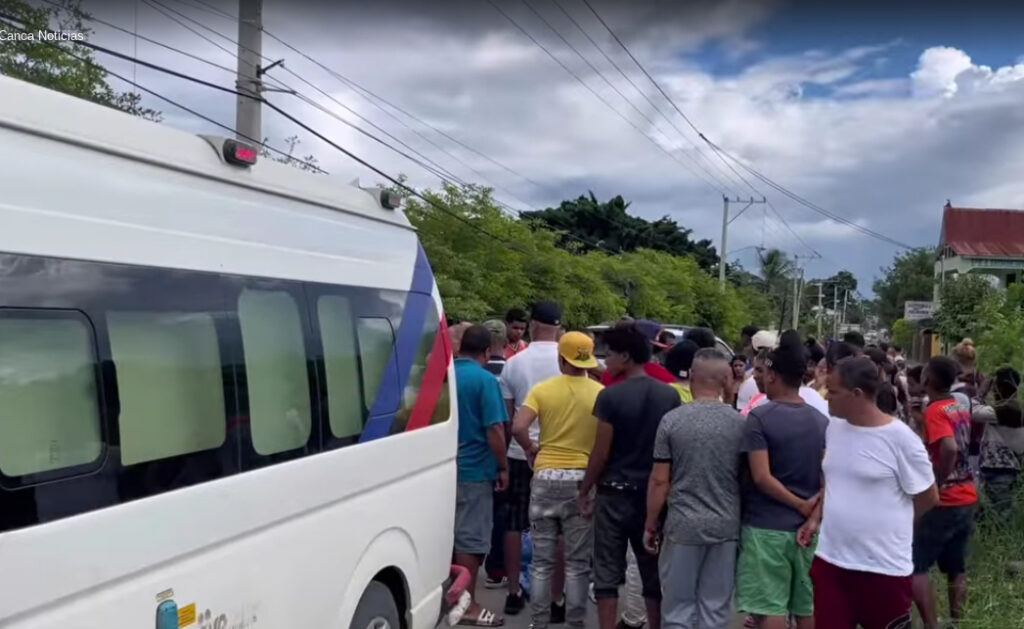 On Saturday afternoon, a man was killed in an accident in Santiago’s municipal district of Canca La Piedra de Tamboril. The victim’s name was Jasson Dominguez, only 21 years old. He claimed to live in Santiago, but he spent a few days at an uncle’s house on Ceiba de Madera street, near the Canca La Piedra bridge in Tamboril.

Authorities obtained information from residents who claim Jasson was speeding. The corresponding units of the National Emergency System (911) arrived at the accident scene.  The 21-year-old’s lifeless body was handed over to his relatives several hours later to say goodbye in the neighborhood where he grew up.