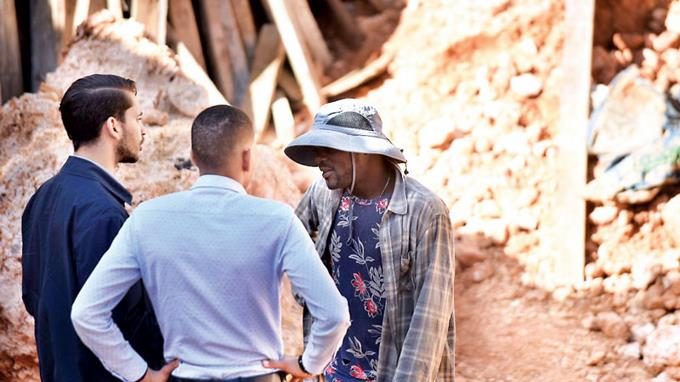 Haitians working in infrastructure construction in the Dominican Republic have reported being run over by agents of the General Directorate of Migration (DGM), despite having their documents in “correct condition.” Journalists from Listin Diario took a tour through the streets of the Naco and Gascue extensions yesterday morning, to speak with Haitians working in construction companies about the treatment they have received.

“You can’t even get out at once, they put me in jail, and sometimes I have to hide,” said one of the Haitian workers, while the foreman was heard behind him referring to the police officers, “they treat him well Those people are our brothers.” Later, to return, they must pay again for transportation to their final destination. On another occasion, a foreigner stated that he had had no problems with immigration authorities. ”I show them my documents, and they let me go,” he explained.

During the journey, the journalists met a Dominican engineer who believed that “those who are doing vagabondage should even be shot, but what the government should do is give them a permit for one year.” According to the construction manager, they only had three Dominicans working on the project because “the Dominicans no longer want to work, this will fall into the hands of the Haitians or it will disappear.”