Abinader will say “yes” to reelection at the right time 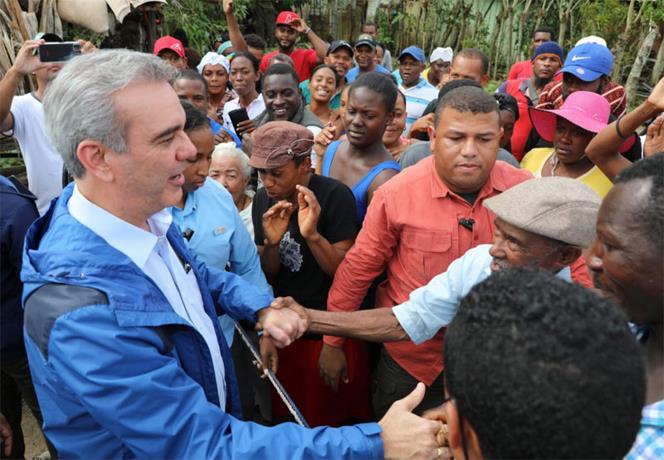 Santo Domingo, DR
President Abinader will leave alone to celebrate those calling for him to run in the 2024 elections. Instead, he plans to enter the pre-electoral year without haste, with the winds in his favor, and without paying attention to those who challenge him in the Modern Revolutionary Party (PRM).

Abinader seems to be in a hurry. By the end of the year, he is not supposed to give any sign of what the future holds for him and to which he will have to contribute later on by making a much better government and pleasing the voters at the base.

Still, next February 27, when he will deposit the annual reports of his Presidency and Cabinet, perhaps the ruler will not be in a hurry to give clues. However, the opposition politicians look restless, and the country observes the birth of new minority parties.

The new movements range from the right to the left because this week, several leftist groups and concerned personalities announced the formation of Referente de Izquierda, an umbrella that seeks to unify all leftists and achieve “a different society.”

Referente de Izquierda joins the 25 majority and minority parties that are active in the Dominican Republic, although only the governing PRM, the Dominican Liberation Party, and the Fuerza del Pueblo (People’s Force) stand out.

The three major parties come from the original Partido Revolucionario Dominicano, PRD, founded by Professor Juan Bosch in 1939 in exile and began its political life in the Dominican Republic in 1961, months after the fall of General Trujillo.

That an agglutinating leftist party has been formed possibly has to do with the winds blowing in Latin America and the enthronement of several leftist or progressive rulers, most recently in Colombia with President Petro and soon in Brazil with Lula da Silva.

Abinader will be a candidate

Although he will not say it now or next February 27 before the meeting of the chambers, which would not be the best scenario, in due time, the ruler will say yes to the Constitution, which authorizes him to run again. He will please his millions of parishioners and the bureaucracy he has formed.

The party of which he has been a member since its foundation and of which he is now the leader, and the significant beneficiary of the present era in commerce, industry, tourism, and construction, whose growth sustains the numbers amassed by the Central Bank, do not escape from these mourners.

Suppose the Constitution does not prevent Abinader from seeking re-election, and the Partido Revolucionario Moderno, PRM, supports him almost unanimously and removes any negative reference to re-election from its statutes. What reasons could the ruler have for stepping aside?

Abinader has had few misfortunes this year, except for the insecurity in the streets, the damage caused by storm Fiona in the eastern part of the country, and the political and social unrest in Haiti, which is reflected in the DR and disagreements with the State Department.

This week the U.S. Senate Foreign Relations Committee approved a Democratic and Republican party resolution recognizing the diplomatic, economic and cultural ties between the DR and the U.S. and calling for increased mutual prosperity and security.

After storm Fiona, Abinader went to the place to check the damages; he sent several ministers, especially those of Public Works and Housing, to begin repairs. In total, he made available RD$25 billion as total expenses.

Last Monday, he began the delivery of two million Christmas bonds for the lower income families for an amount of RD$3,000 million with an available balance of RD$1,500 per family. In addition, the regime began to pay on that day the thirteenth salary, called royalty.

To protect the people who circulate in the streets and businesses, more than 30 thousand policemen patrol the roads. In addition, extensive publicity flooded the radio and television media, alluding to “the Christmas breeze,” which could benefit the eventual candidate.

In the interior, the country has no significant belligerence; its working class, except for the doctors, who have been the greatest beneficiaries of the Abinader government, is very calm. The doctors’ quarrel is with the ARS, who want, if possible, the whole cake.

The doctors have been treated with silk hands by the Abinader regime. Never before, least of all the retirees, have they earned so much money and had so much consideration as Abinader has granted them. Even the sugar cane workers, fighters with many merits, have had their debts paid.

The economy is doing well

The latest Central Bank report says that the variation of the Consumer Price Index was 4.7% in November of the current year concerning October, placing the accumulated inflation January-November 2022 at 6.80%.

“As for the inter-annual inflation measured from November 2021 to November 2022, the same with its downward trajectory by standing at 7.58%, for a reduction of 206 basis points with respect to the peak of 9.64 registered in April of the current year so it is projected that inflation will close the year 2022 at around 7.2%,” the report reads.

In a study published last week, the Central Bank reported that the Dominican economy maintains an average growth of over 5.0% in January-October, in line with the projected expansion of the real Gross Domestic Product (GDP) of 5.0%-5.5% by the end of 2022.

There are still contradictors or honorary economic advisors who warn that when spending exceeds income, it is inevitable to go into debt. Still, the payment of interest on the debt is becoming heavy because it depends on collecting tax resources. Therefore it is necessary to step on the brakes to avoid possible pressures on public finances.