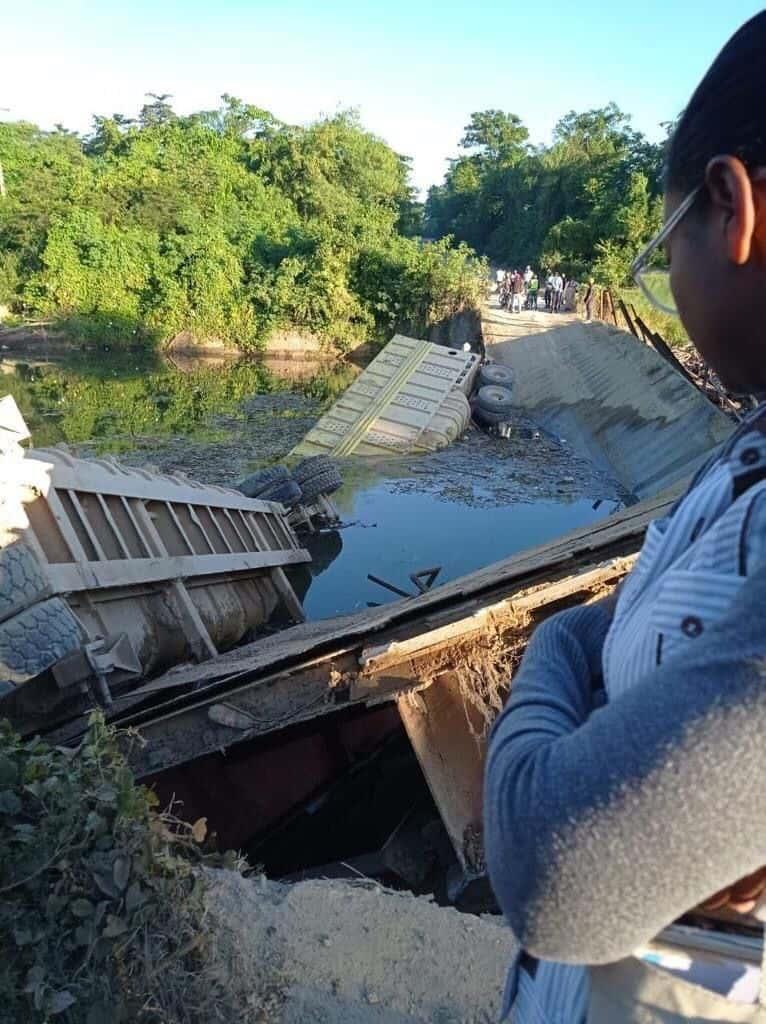 The bridge over the Maguá river in the province of San Pedro de Macoris collapsed on Tuesday morning, while a truck carrying sugar cane was crossing. The bridge has left various towns cut off. It was in such bad shape that the citizens of that town had requested its repair on several occasions.

Meanwhile, the driver of the truck managed free himself unharmed. Citizens are awaiting a response from the appropriate authorities so that the crossing can be repaired as soon as possible, as they will be impacted by the lack of access to their communities.

Note: It was a truck transporting two open top wagons that fell when the bridge collapsed under it. It was not a boat carrying a crane crossing the bridge. Editing, where is the editing? Think El Bote (boat) is a barrio in the San Pedro community

It is very fortunate the driver escaped.

Yeah! The reporting here, or the translations, gets worse by the day. I keep wondering who “They” are because they keep cropping up all over the place!