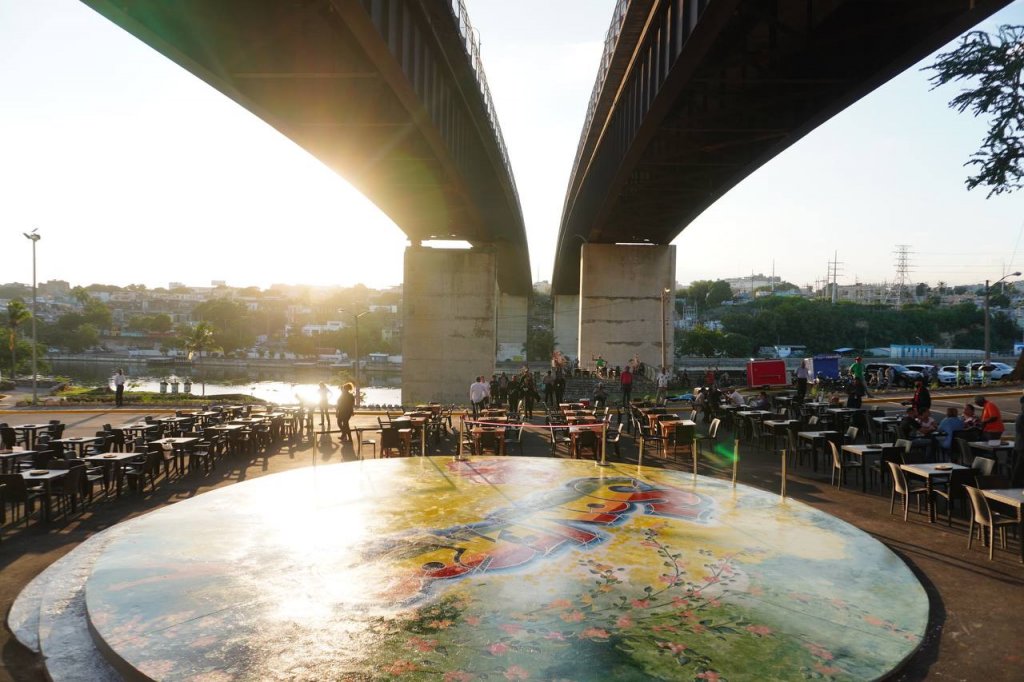 With the music of the international singer Cuco Valoy and the sound of Grupo Bonyé, the Santo Domingo Este City Council inaugurated “Chencha, open space”, a place for cultural recreation and where residents and the general public can come to spend a moment of healthy entertainment. In the space, which can now be visited by those who like Caribbean music, the public will be able to enjoy a wide lineup of presentations that includes merengue, son, bachata, salsa, and a variety of cultural groups. Leading the opening ceremony, Mayor Manuel Jiménez said that Chencha is part of his project to make Santo Domingo Este a city where everyone finds space for personal and family satisfaction.

He said that Chencha will be a benchmark for cultural animation and healthy recreation and that its opening is part of the elements that make up a Just and Creative City. Chencha, an open space also has colorful murals by emblematic artists who have raised the name of the Dominican Republic on national and international stages, such as Los Hermanos Rosario, Cuco Valoy, Miriam Cruz, Sexapil, Raulín Rosendo, the late Luisito Martí and the director and creator of the Music Academy, Alicia Pérez de Tamares (Iris Del Valle), as well as the visual artist Pedro Veras, and on the front a gigantic portrait of Inocencia Paredes (Chencha), made with the support of the Projects Program Specials (Propeep). The space also has a fully illuminated environment, its paved streets, and so that no one moves from the place, kiosks were arranged for the commercialization of various products.

Its modern sound was permanently installed and will also serve to develop the Musical Band System run by the City Council with the support of the AES Dominicana Foundation, which will benefit hundreds of children and young people in the municipality. During the ceremony, Jiménez also recognized Cuco Valoy and Chencha for their outstanding support for art and culture.