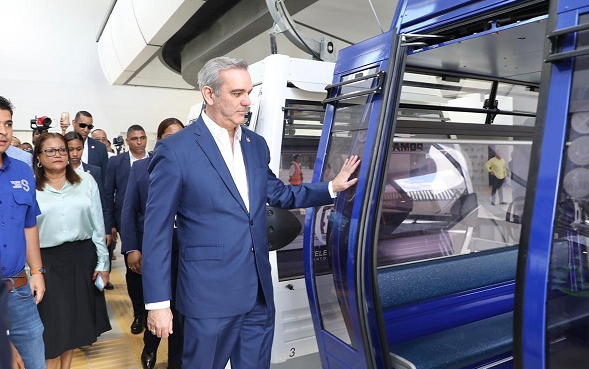 The second line of the Los Alcarrizos Cable Car began testing this Wednesday as a phase before the start of public service. This is the final stage for the certification of the qualities of this mass transportation system, the operation of which will benefit approximately 400,000 people. After the civil and electromechanical works were completed, the Executing Unit for the Readjustment of Neighborhoods and Surroundings (URBE), an entity that develops the project, hosted a commissioning ceremony for the cabins. The system will initially move in section one of the cable, which runs from Station 1 in Los Alcarrizos to Station 3 in Puente Blanco, and the testing process will continue in both sections once the tractor support cable is laid in section two, which runs from Station 3 in Puente Blanco to Station 4 in Los Americanos.

“From the beginning of the system, international technicians will begin the process of testing and certifying it through various load scenarios, empty tractor support cable, empty cabins, and cabins with weight,” according to the press release. These load scenarios are required by cable transport systems for the validation of the project’s users’ safety. This phase will last two months. Similarly, URBE reported that in January, the process of training and citizen education will begin, which will be coordinated by the institution’s social team, through visits to schools, work centers, merchant associations, neighborhood associations, and other population groups to explain how the system works and the rules for users.

The Dominican State built the Santo Domingo Cable Car Line 2 in the municipality of Los Alcarrizos, province of Santo Domingo, to provide the municipality with a collective transport service that improves internal mobility and connects with other modes of transportation. The system, which has a capacity of 4,500 passengers per hour per direction, is composed of four stations, a cabin garage, 25 bollards, and 163 cabins that will travel 4.20 kilometers of the line at a speed of seven meters per second.