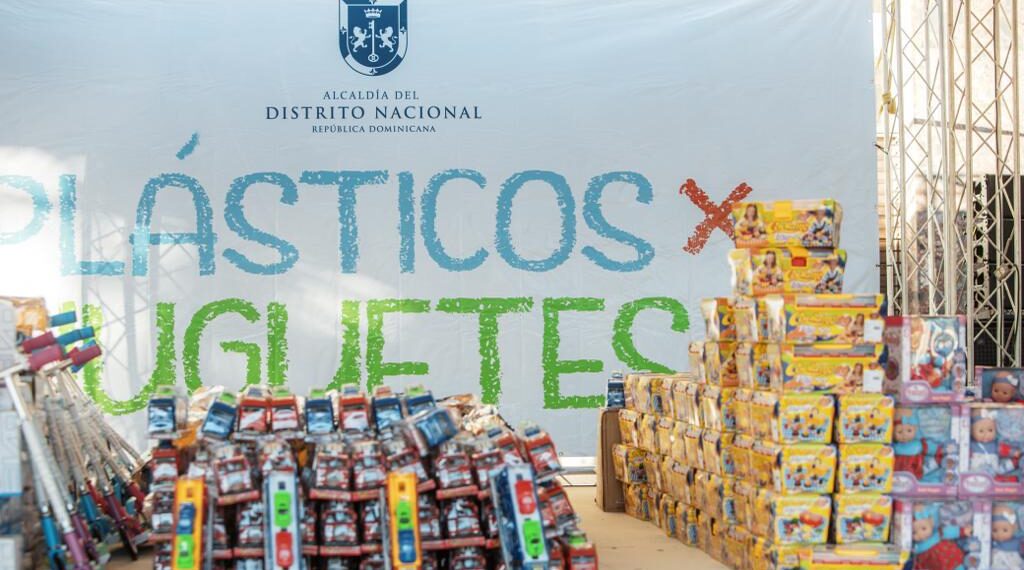 The Mayor’s Office of the National District (ADN) announced that the Plastics for Toys event, which consists of an exchange of plastic bottles for toys to commemorate Three Kings Day, will be held for the third year in a row this Sunday, January 8. Under the slogan: This Christmas, don’t throw away your plastic bottles; instead, exchange them for a toy, the mayor’s office will step up its campaign to reduce environmental pollution in the city. The basis of the exchange is to collect plastic bottles, compress them, leave their lids, and that they are clean, to make the exchange for a ticket on Sunday, January 8 at the Municipal Palace, where the participant will be able to purchase a toy according to the number of plastics that it takes

Participants will be able to exchange a maximum of two toys per card, which cannot be similar in their category, and the ticket will indicate the type of toy from which they can choose. It is critical to emphasize that an identity card proving residency in the National District must be presented. In collaboration with BanReservas, Banco Popular, Banco BHD, Seguros Banreservas, Café Santo Domingo, Dominicana de Seguros, Propagas, Coca-Cola, Claro RD, Pepin Seguros, Meja Arcalá, McDonald’s RD, Caja de Agua, and Banco Caribe, the National District Mayor’s Office promotes plastic recycling through this initiative. They come together to encourage city residents to work together to reduce, recycle, and reuse plastics.

For more information on the Plastics for Toys initiative, go to www.adn.gob.do and social networks: @alcaldiaDN