Veron deputy mayor announces she was robbed of almost RD$400,000 on a tour in Medellin, Colombia 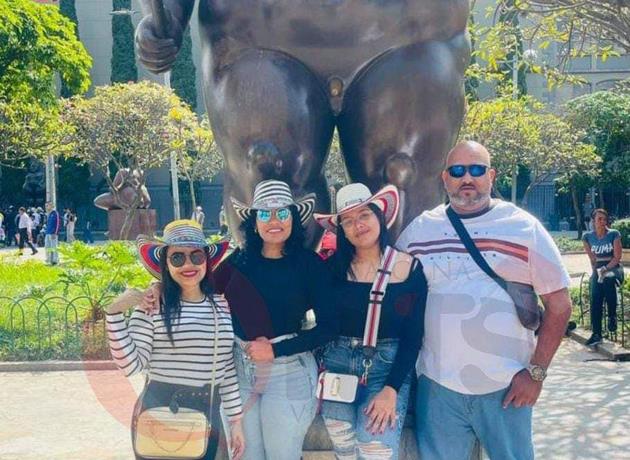 Higuey
The deputy mayor of the municipal district of Veron, in Bavaro, denounced that she was robbed while on a family trip to Colombia, during which she was robbed of more than 7 thousand dollars, equivalent to about 400 thousand pesos.

The official informed in a phone call that the criminal activity occurred this weekend while she was in Medellin, one of the most important cities of that country.

“They stole everything from us, and on top of the fact that they stole everything, they were with us the whole day as if nothing had happened,” said Rivera, pointing out the trauma she experienced at a time when she was trying to live the dream in such a beautiful destination.

The deputy mayor said she feels unprotected and has not had the expected response from the company she hired.

She revealed: “The most tedious part of all this is to spend a whole day in a Prosecutor’s Office where nobody pays attention to you and when at 5:00 in the afternoon they go to attend you, it is a computer that gives you a link, for you to fill out, to then assign you a prosecutor, and the thieves kept swiping the card in all those hours.”

The deputy mayor, who resides in Bávaro, Punta Cana, recalled that the Dominican Republic could not be compared to any other in attention and security for tourists, which is “very loved and listened to.”

The increase in travelers to Colombia

The lack of visas to enter Colombia has considerably increased the flow of Creole tourists to that country due to the ease of the air connection between Colombia and the Dominican Republic.

Colombia is a charming place, rich in culture, gastronomy, landscapes, history, and its people, which is motivation to visit this land of good culinary tradition, salseros, cumbia, and vallenato.

Why would anyone go on a tour in a foreign country (or anywhere for that matter) carrying this amount of cash? Come on. Really? Does that make any sense?

The story stated “the thieves kept swiping the card in all those hours.” It appears they stole some form of bank card….not cash.

In the age of credit cards.. I don’t believe it either.. My wife lost her Id and credit cards. She had to file a police report and the Colombia police took her report at the police station in a professional manner and in no time..

Yeah, that really struck me strange too. No matter where I’m travelling I don’t carry that type of cash on me. Also, she said about the thieves using her card. Well ATM cards usually have some sort of daily limit and it’s well under USD $7,000. There’s more to this story that’s untold…

Agree, there is more to the story, don’t think there will be any more reports.

It is unfortunate this happened. However, this makes you wonder what safeguards the family had taken to lessen their risks of being a victimized. $7,000 is a considerable amount of cash for travel. Could it have been something in their behaviors made them a target? It is better to use credit cards and have a cash reserve in a safe.

What is missing is information of where they were robbed, for example, in a hotel next to Plaza Botero, or was it in the plaza?

Again, this was unfortunate and very upsetting. A trip spoiled.

Now for the rest of the story. A video on the Columbian news outlet Caracol has the deputy mayor describing that when she visited the plaza her pocketbook was left in her car, it and 9 credit cards, cash, cedula, local government id, cell phone, keys, eyeglasses, and more were stolen.

Now the story is starting to make sense. The ‘poor decision making’ part was left out of the original story.

“She revealed: “The most tedious part of all this is to spend a whole day in a Prosecutor’s Office where nobody pays attention to you and when at 5:00 in the afternoon they go to attend you, it is a computer that gives you a link, for you to fill out, to then assign you a prosecutor, and the thieves kept swiping the card in all those hours.”

Are you sure she wasn’t right here in Veron? Sounds about the same!

In Santo Domingo(train station in Medallo), they stole glass(prosthetic) eye from guy who briefly dozed off while waiting for next train…Appears Veron and megalopolis Medellin have lots in common…Although this is nothing comparing with Guayaquil Ecuador…