Ezequiel Molina says the future of the DR looks gloomy 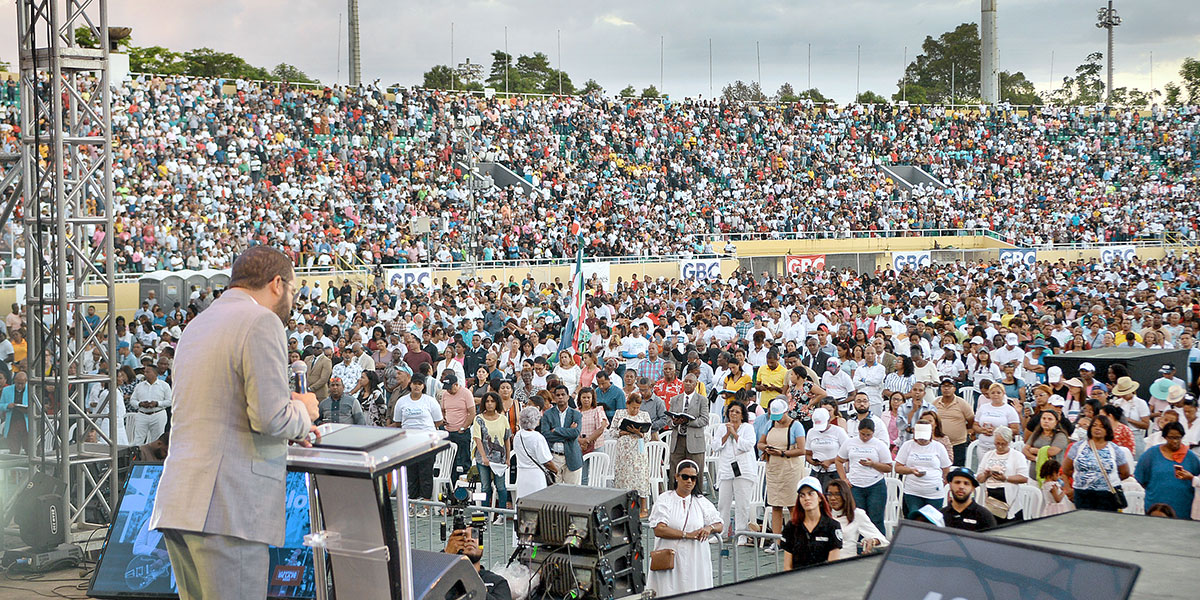 Pastor Ezequiel Molina Rosario said he was concerned about the direction the country is taking, which he considered does not look promising due to the disorder, which he affirms is increasing in Dominican society. Molina Rosario, who also presides over the Ministry of Worship of the Mahanaim Church, expressed his concern during his participation in the Battle of Faith 2023 concentration, held yesterday at the Felix Sánchez Olympic Stadium. This event, like every January 1, brought together thousands of Christians. “As a patriot and a citizen I feel for the future of our country; because we are aware that the direction we are taking is not promising, rather it looks gloomy. Every day things are getting worse and disorder is increasing in our society”, said the religious.

“Examples of this disorder are the town halls or mayors and the honorable Congress. In Congress, there are fundamental laws for development or peaceful coexistence, which have been around the desks for up to 20 years, and for the interests of small groups, they are not approved despite having even been agreed upon, discussed, and endorsed by society, “he said. In this sense, he mentioned the law that creates the Ministry of the Family, the Party Law, the Electoral Regime Law, and the Penal Code, among others.

The main message of The Battle of Faith this year was preached by Pastor Ezequiel Molina Jr., who advocated a revival of the church, after considering that at this time it is cornered “by a society in rebellion against God, and that rises with violence against moral and spiritual values. He said that a part of the church leadership is questioned in aspects of his life such as lack of integrity, double standards, love of money, etc. He also criticized the situation of many young people under 20 in the neighborhoods, influenced by urban artists like Bad Bunny. Tokisha, Rochi RD, La Demente, and La Materialista, among others.

It is disappointing not to hear any mention of the needs of the ‘have nots’ in Dominican society. The Churches should be advocating for the 50% of the population that does not have enough food, inadequate shelter, money for medication , not even an ID card.