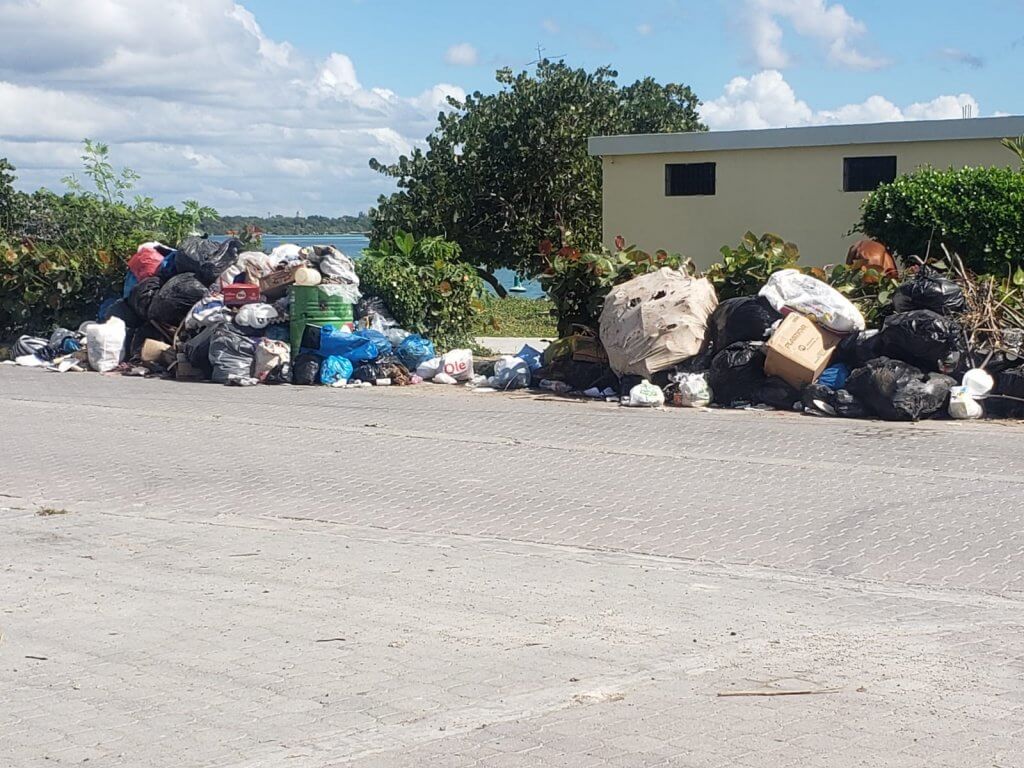 The mayor of Boca Chica, Fermin Brito, revealed that allegedly unscrupulous people have vandalized the council’s works, causing damage to spaces that serve as recreation and entertainment for residents, such as parks and children’s games, causing concern among residents. The mayor made his statements in a statement at the beginning of this year, when he observed that the facilities built on the Malecón de Andrés had been destroyed with “mandarriazos” by unknown persons and that the Christmas tree had been destroyed two days after it was inaugurated. The mayor warned that the videos are being sought and those investigations are underway to find those responsible for breaking a portion of the jars placed to beautify the gardener of the road as mentioned above.

He explained that the municipality awoke full of improvised dumps, even though city council brigades continued to work on solid waste collection in all streets and neighborhoods. “According to our investigations, two people sick from the consumption of controlled substances were sent with “mandarrias” to break the jars placed in the gardener of the Malecón de Andrés, while several van-type vehicles were seen unloading garbage on the roads,” he added. Brito stated that whoever is identified as an intellectual and material actor in these cases against the municipality of Boca Chica will face judicial action under Law 176, which governs cities, and warned that he will not accept contemplation or the intervention of godparents.

“I anticipate that around 30 tons of solid waste were collected during the Christmas and New Year holidays and that according to studies, the municipality of Boca Chica does not produce so much garbage in just one week, which means that the landfills they were created in were evil.” He complained that despite being helped to clean up the municipality by order of the commanding general of the Dominican Army, who sent several brigades to collect solid waste, improvised dumps increased throughout the town as a result of the unscrupulous people who by “political scramble,” did the damage.

Installed more camera with facial recognition. Buy it from China they are cheaper, if the government makes a 1 million dollar investment they can buy more then 100k cameras. Catch people doing harm, and people doing crime.

Good idea…but people here dont give a shit about cameras…they put bandanas over face and destroy the cameras. Beside that you need years to build a data base…The work of Sizif.

BASURA is a very big problem in RD. Must cultivate people…young ones starting in basic school…public announcments…TV…radio…. Dominicans will one day droun in their own shit basura. Such a beautiful country destroyed by their inhabitants….so sad.

It requires a multi-pronged attack. The mayor needs to get garbage pickup organized. Regular schedules and pickup points for garbage. More trucks and people employed cleaning the streets. Also, everyone needs to be educated to stop throwing garbage in the street but this is difficult if garbage cans are not available everywhere. Everyone is responsible!