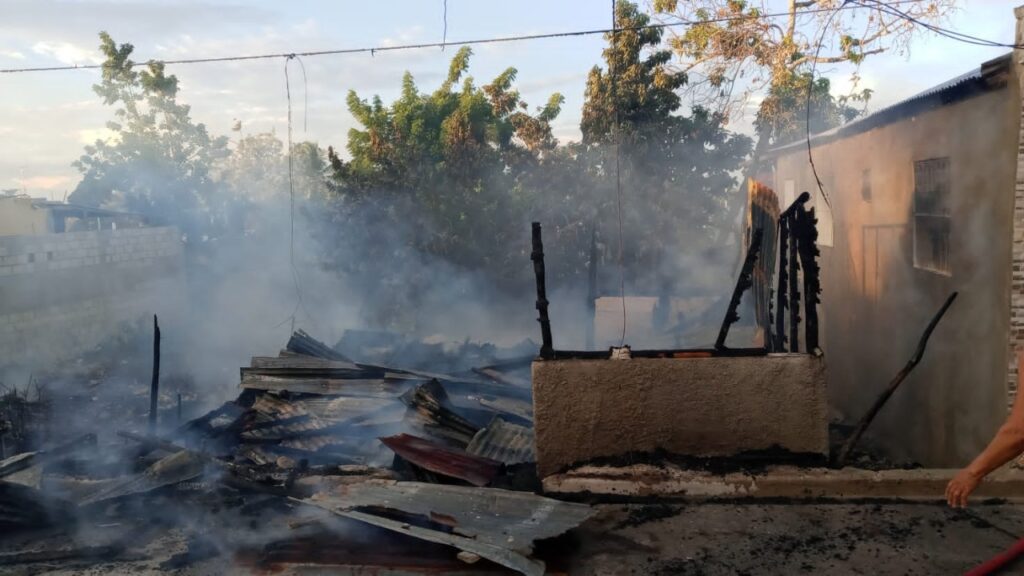 A man was apprehended by police after he set fire to his mother’s house in the municipality of Cabral in this province on Thursday afternoon. According to the preliminary police report, the man threatened to set fire to her mother’s house because she allegedly refused to give him money to buy narcotics. Franklin Manuel Méndez Urbáez, also known as Bob, is a 25-year-old son of Mrs. Belkis Maria Urbáez Gómez, a 41-year-old homeowner whose home was destroyed by fire and all of its contents.

The authorities are currently unaware of the chemical or flammable substance used by Méndez Urbáez to set fire to the house, as well as the extent of the damage caused by the incident. The police are looking into the case to see if the bad son was accompanied by others when he committed the crime. The detainee will be brought before the Public Ministry for the appropriate purposes within the next few hours.

This has angered Mrs. Urbáez Gómez’s relatives, friends, and neighbors, who have asked that justice apply the full force of the law to the perpetrator of this crime.

Anyone who has a friend or family member that is a drug addict knows how horrible it is to have an addiction to hard drugs such as crack , cocaine, or opioids. Yet nothing is said publicly by groups such as Hogares Crea or politicians to tell the police to declare war against the dealers of hard drugs. They are murderers who knowingly make money from products that kill people.

No excuses for him. Strong verdict needed