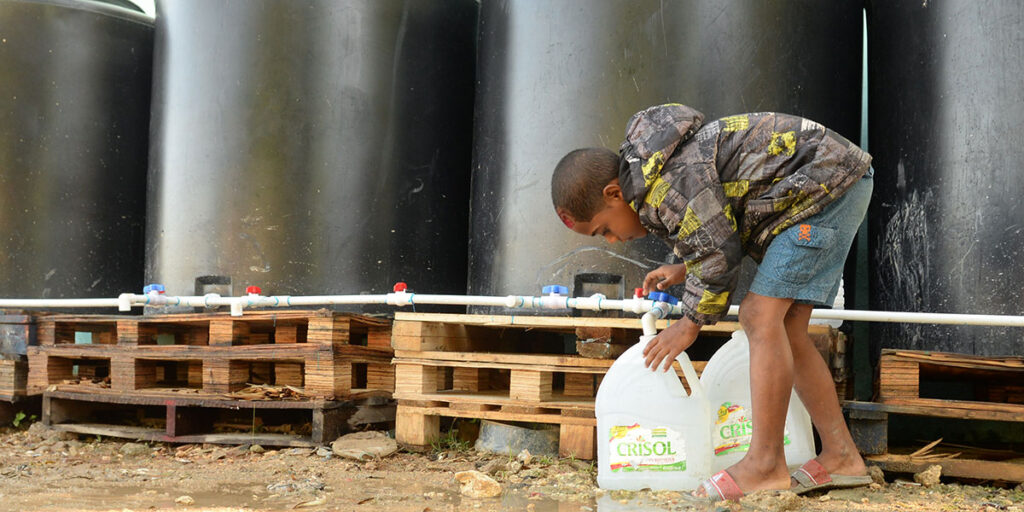 The lower part of La Zurza does not have a drinking water system, so its locals have no choice but to look for the precious liquid to bathe and do domestic chores in the pools or the Isabela River, and this puts them at risk of contracting diseases such as cholera, which is once again affecting the area. Faced with this situation and due to the recent infections of the disease that have arisen in the community, the Ministry of Public Health (MSP) together with other organizations, placed a series of water tanks so that the municipalities have access to free water to cover their needs, but despite thanking the government for the provision, they ask the Santo Domingo Aqueduct and Sewerage Corporation (Caasd) to install pipes to make the measure more efficient.

“We hope in God that they put the key on us and that they bring us permanent water,” Toribio de la Rosa expressed. He stressed that the CAASD daily loads the containers with clean water to reduce the possibility of contagion from the virus. cholera and other pathologies in the demarcation, however, he explained that, like other neighborhoods, they want to receive the service through the system. He stated that several people in the area have been affected by diarrheal symptoms due to having contact with the pools, which according to the authorities do not have the bacteria that cause cholera but do have garbage residues that also serve as water-polluting agents.

In this sense, he declared that he is applying the recommendations given by the experts to avoid infection, especially the reinforcement of hygiene measures at home. Likewise, Mr. Edulio Amancio is doing it, who explained that since the reappearance of the disease in the town, he is being more cautious with what he eats. “One has to be careful, not eating everything and washing our hands with soap,” he stressed.