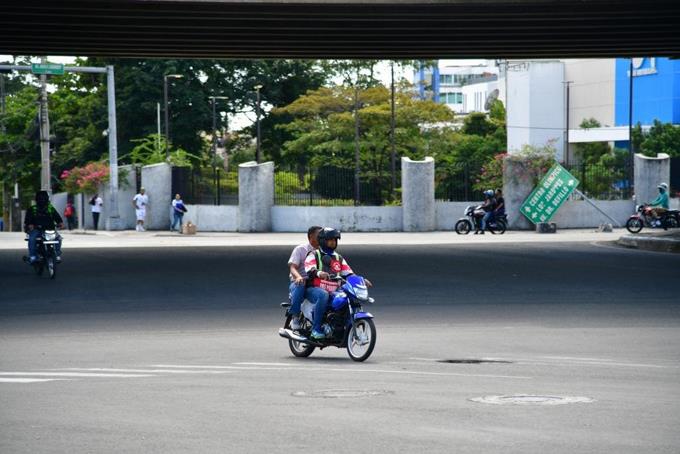 Santo Domingo, DR.
Given the announcement by the National Institute of Transit and Land Transportation (Intrant) that it will issue a resolution to prohibit the transit of motorcycles with two people on board from 11:00 at night until 5:30 in the morning, several personalities have expressed their opposition to the measure.

Through the social network Twitter, politicians, lawyers, and people from civil society have expressed their disagreement with the issuance of the resolution, alleging that it would be against the provisions of the Dominican Constitution in Article 46 on freedom of transit.

Attorney Felix Portes stated that although the measure may be conceived with the best intentions, it will not achieve its objective as it is unconstitutional.

“It is very possible that this measure may have been conceived with the best intentions but besides the fact that it will NOT achieve its objective, it is unconstitutional, it violates a fundamental right, the freedom of transit, among others,” he wrote in his Twitter account.

Meanwhile, the deputy of the Dominican Liberation Party (PLD), Eddy O Montás, indicated that an administrative resolution could not limit fundamental rights, and to be applied, it must be known in the National Congress.

“A propósito de medida que hará @INTRANT_RD: Los derechos fundamentales sólo pueden ser limitados por ley, y es atribución exclusiva del Congreso. That yes, limitation even by law, must be reasonable. It would be unconstitutional and is violating the competencies of Congress,” he wrote.

One of the first people to react upon reading the article, published by Listin Diario, was former National Police chief Rafael Guillermo Guzman Fermin, who called the resolution “absurd” and evidence of “the total failure of the authorities” in the fight against crime.

“This is another absurd measure of the government product of being reactive to the increase in crime, which indicates the total failure of the authorities, who are not capable of implementing comprehensive plans of PREVENTION against crime. They continue improvising! Disastrous!” he wrote on his Twitter social network.

In a tour carried out by reporters of Listín Diario, various people who work offering the service of transportation through motorcycles in the National District expressed to be against the measure that Intrant intends to implement while qualifying it as “negative.”

For them, prohibiting the circulation of motorcycles with two people on board from 11:00 at night until 5:30 in the morning does not solve the problem of insecurity that currently exists in the Dominican Republic, while alleging that the assaults are not only carried out at night.

They explain that this kind of transportation offers service at different times, the last one being from 7:00 at night to 1:00 in the morning, to transport passengers who leave their places of work at that time.

Frank Elías Olivares, a member of the Central Committee of the Dominican Liberation Party, recalled that in 1969, then-President Joaquín Balaguer approved a modification to the transit law so that only one person could ride aboard a motor from 6:00 p. m. to 6 a. m.

“1969. Balaguer President. Congress approved a modification to the Transit Law so that only one person could ride in a motor vehicle all day in the National District and from 6pm to 6am in the rest of the country. Someone tell me if back then, when there were fewer of us, it worked,” he questioned.

This proposed resolution is a barometer that common sense has departed the offices of Intrant.