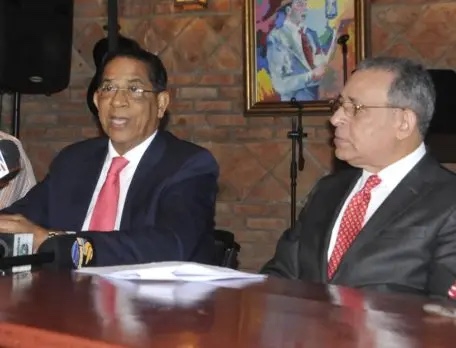 The Reformist Renovation Party (PRR) has urged the government not to relax its guard against the irregular immigration of Haitians, which threatens the country’s stability given the countries’ proximity. Héctor Rodriguez Pimentel, speaking on behalf of the party, described Haiti as ungoverned because armed gangs control the majority of urban areas, forcing thousands of Haitians to flee to Dominican territory. “In our country, we can no longer resist the economic bleeding that the massive immigration of Haitian citizens represents for the hospital budget, and the progressive deterioration that the massive immigration of Haitian citizens represents for the environment, endangering sovereignty and national security,” he said. He stated that the international community’s indifference exacerbates the problem, causing Dominican authorities to assume the Haitian situation. “The great nations see merging both countries as a solution; as neighbors, we can assist, but never assume them in their entirety.”

According to the PRR, other challenges that the government will face in 2023 include crime, the cost of living, unemployment, and increased investment in drinking water and basic sanitation. Rodriguez Pimentel requested that patrolling be increased in the “hot” sectors and reinforced with surveillance cameras after highlighting an increase in criminal acts. He went on to say that as long as there are few job opportunities, unemployed youth will be more likely to engage in delinquency because it is a quick way to earn money. On the other hand, he stated that the government should not disregard the basic basket because price increases limit access to the three meals, and he urged the government to stabilize prices through increased agricultural production.

Concerning gastrointestinal diseases in marginal neighborhoods, Osiris de León, general secretary of the PRR, reiterated the need for increased investment in the construction of wastewater treatment plants and new drinking water supply solutions. He also advocated for better waste disposal and the installation of toilets in homes to prevent the spread of diseases such as cholera, gastroenteritis, amoebiasis, and others.

The guard has been lowered at the border for many years. There are mafias in control of illegal enterprises to include all types of trafficking. The mafias include authorities and police from both sides. This includes the comfort of passive authorities turning a blind eye. If the government was really interested in stopping the flow of Haitians into the RD it has to take heavy-handed measures to do it. There has to be a drastic increase of arrests of mafia criminals to send a message the RD is not going to tolerate the existing conditions.