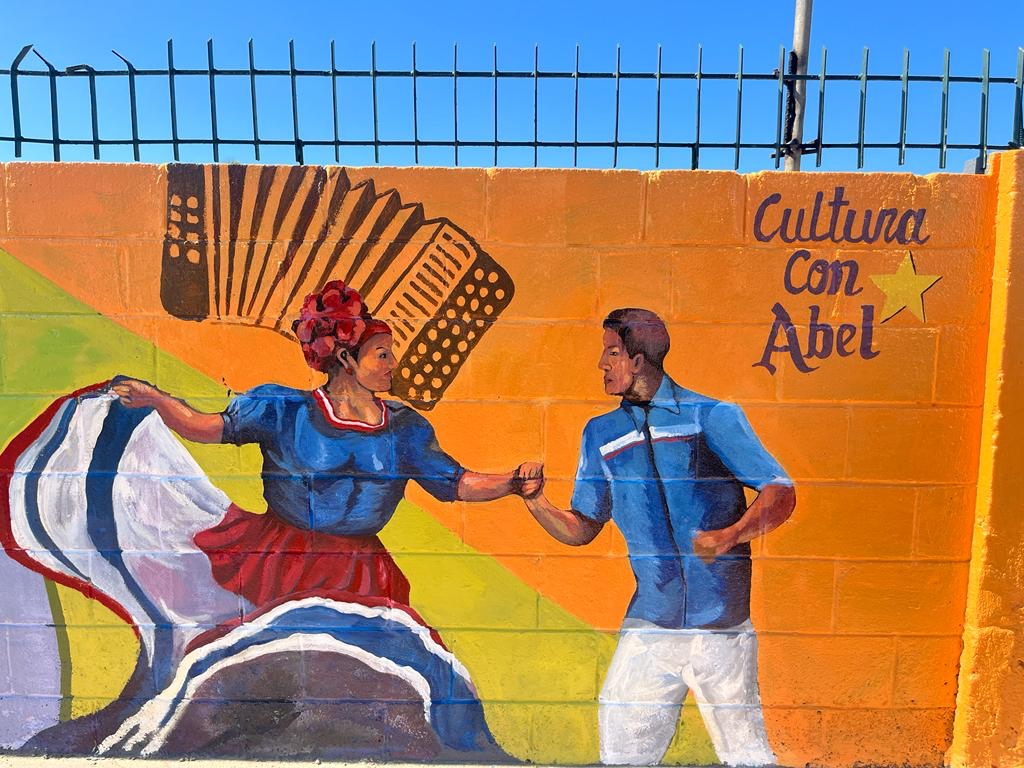 The initiative “Cultura Con Abel” created a series of murals in the municipality of Castañuela, Montecristi province, to highlight Dominican roots. The cultural axes of this demarcation were taken into account in the preparation of the murals, such as the cultivation of rice and bananas; the merengue and the musical instruments that identify it, as well as capturing the image of the Troubadour of the North, Victor Estévez, one of the pioneers and great promoters of bachata. The cultural images are located directly in front of the patrimonial house where the artist Estévez lived, on Avenida 30 de Mayo, the same location where the Castañuelas municipality’s patron saint festivities will soon take place.