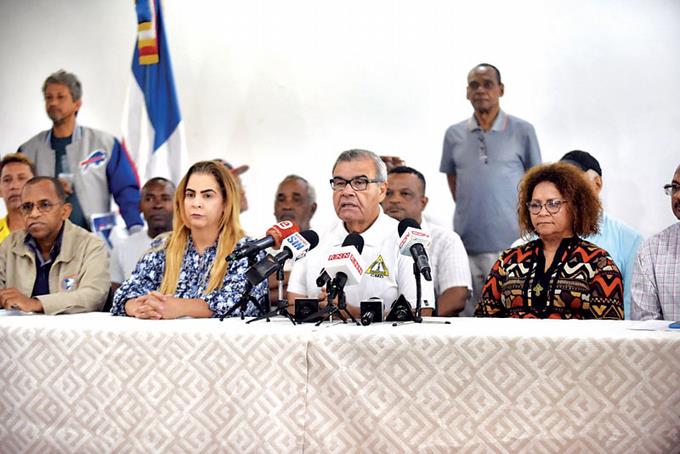 Senén Caba, president of the Medical College (CMD), stated yesterday that the fact that cholera cases in the country are increasing is evidence of shortcomings in the disease’s management by the authorities. “The fact that cholera is going in crescendo shows shortcomings, those same places that today are showing sick patients and some deceased, are the same as in 2010,” he said, also questioning the action taken by the Social Security System at that time, since today the indicators are the same and “we are worse off”. In addition, the union leader stated that they will carry out several actions in the La Zurza sector, such as a new analysis of the water to determine the particles that inhabit it, “so that the population sees the truth of the Medical College.”

The State intervened after three cases of the disease in the last sweep in various neighborhoods such as the Nuevo Domingo Sabio Project, the former La Ciénaga, and Los Guandules, as well as Capotillo, El 24 de Abril, Gualey, Simón Bolivar, and Villas Agricolas. However, according to residents of Villas Agricolas, it took them a long time to get there, and some are still unaware of the government entities’ movements in their communities to stop the cholera outbreak. Although the only cases still active in the country are in La Zurza and Villas Agricolas, where the outbreak’s first and only death occurred last Thursday, the other four locations were also intervened in over the weekend, according to Public Health.

The director of Health Area IV, Jesus Suard, confirmed that 300 people were ready to form brigades that rummaged through neighborhoods looking for suspected cases, that is, people with chronic diarrhea, vomiting, headaches, and other symptoms. Suard stated that the teams that conduct house-to-house visits also educate the population on cholera prevention, but that in most of the allegedly affected areas, people are unaware of the Ministry’s movements.

The message has to get out in the affected barrios and nearby barrios about the existence of the disease and what the people can do to stop it from spreading. You can guess there is not even one government public health vehicle cruising the barrios distributing or broadcasting the message about cholera. If gov’t wants to really get the message out one of many ways to do it is to provide wandering street vendors with information pamphlets to hand out during their travels.