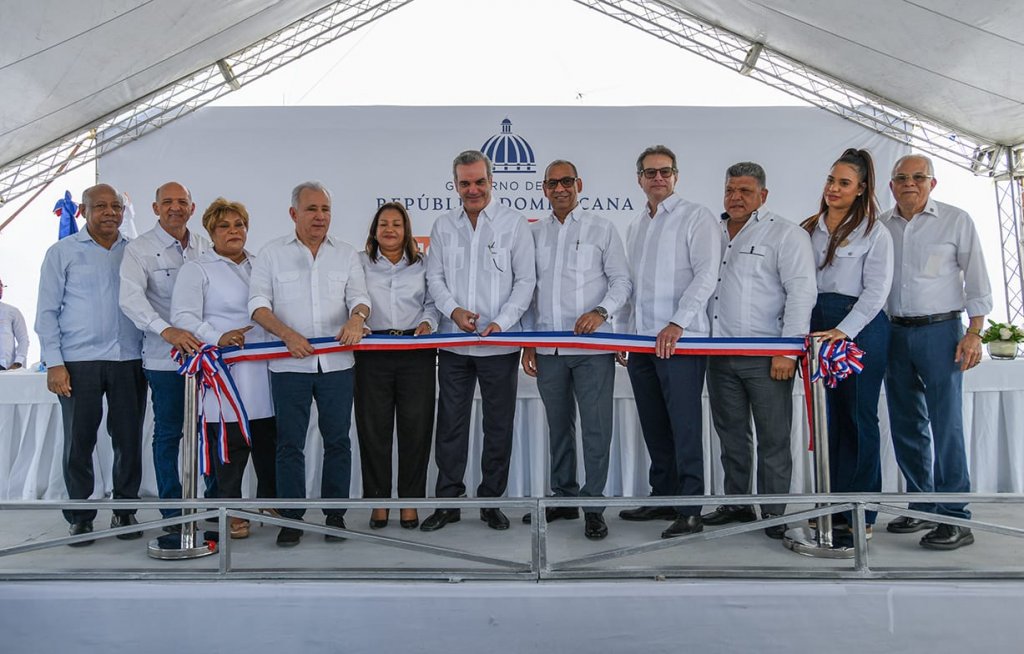 President Luis Abinader and Minister of Public Works Deligne Ascención led the delivery ceremony of various infrastructure works in La Victoria, San Felipe, and Sabana Perdida de Santo Domingo Norte on Sunday, with an investment of RD$229 million. According to a statement, the president’s first work delivered through the MOPC was the modern traffic distributor in the community of La Victoria that connects with the Santo Domingo Norte Beltway and will expedite vehicular traffic in that area while also ensuring a significant reduction in accidents and significant economic development for that demarcation. Minister Deligne Ascensión explained that the access road built by the Ministry of Public Works and Communications (MOPC) consisted of the construction of four 500-meter-long ramps connecting the highway La Victoria with the Circunvalación, which is intended to relieve traffic congestion in Greater Santo Domingo.

When cutting the ribbon that formally opens the distributor to the public, Deligne Ascención assured that “for the municipal district of La Victoria and the neighboring communities, the work that we delivered today represents an important milestone in the connectivity of the population of a vast region in the north of Greater Santo Domingo.” He continued, “by allowing the incorporation of vehicular flow into the road circuit, whose main artery embodies the Avenida de Circunvalación, facilitating access to all municipalities of the Capital city’s extensive urban perimeter. The vehicular flow coming from or going to densely populated urban sectors such as Sabana Perdida, Guanuma, and Hacienda Estrella, as well as commercial businesses, vacation centers, and productive farms, will have easy access to the Circunvalación via this distributor.”

The work will benefit the development of these areas because it will connect with “one of the main and most strategic communication routes that the Dominican Republic has,” according to Ascensión because it will connect the three regions, two ports, and two airports. “The distributor was built with a 125 million peso investment. “The project has four (4) ramps of 550 meters each, which include paving, sidewalk and curb construction, drainage solutions, and special safety signaling and orientation work for passers-by,” said Deligne Ascención. He stated that, in addition to this work, the streets of Los Arquéanos in San Felipe de Villa Mella are being paved and signposted at a cost of 69 million pesos.